Messages
Check out the AT&T Gift Guide for Valentine's Day Gifts for every kind of love!

With the expected release of Microsoft and Sony's next generation of gaming hardware in holiday 2020, one question rumbles throughout social media:

Which console will you choose? 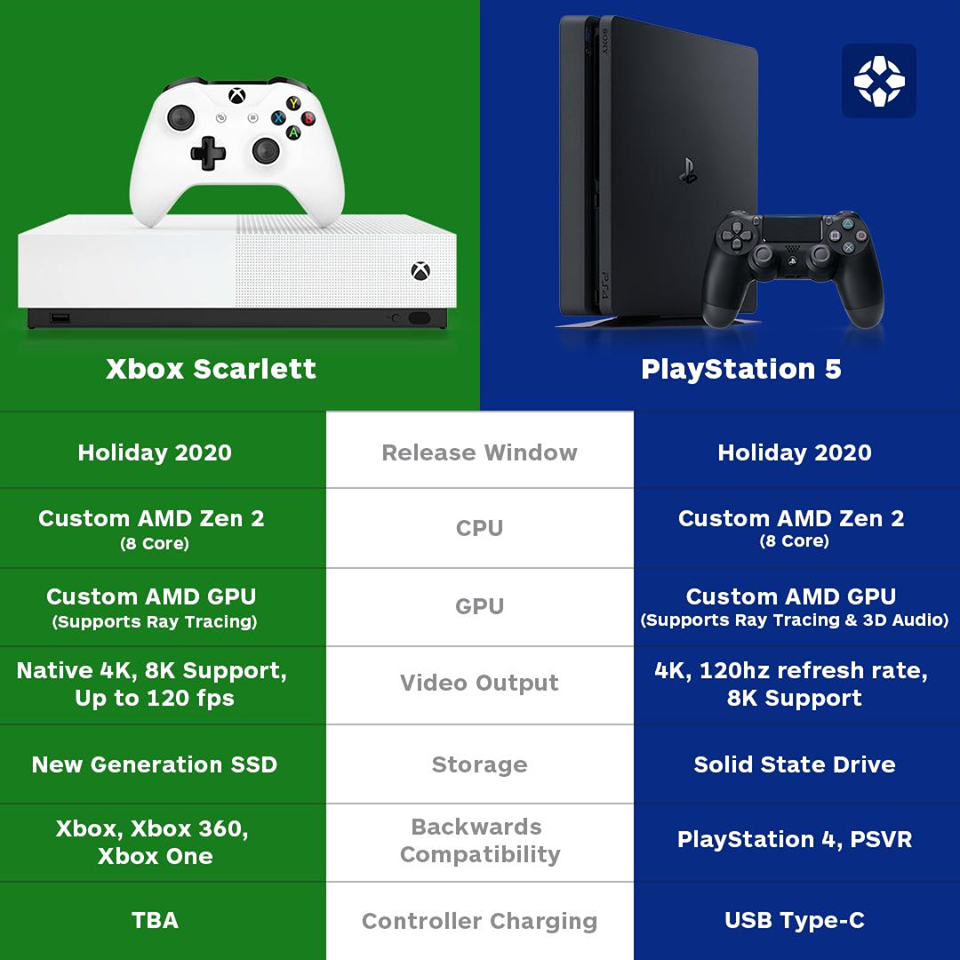 Late to the party - sorry @KrazyGameNerd!

As with most major releases, I think the launch line-up is really going to dictate which console I pick up first. I'm a diehard Halo fan since Halo: Combat Evolved so if the next one is a launch title, it's going to be an immediate buy from me.

Now, as a Call of Duty guy, Sony has been getting all of the COD exclusives, and as such most of my gamer friends are now on PlayStation. So if the guys want me to pick up the PlayStation 5 on launch day, I'm sure they'll be able to peer pressure me into doing it 😀

Spec wise, I think PlayStation 5 is going to overpower the next Xbox. That's not always the whole story though. Look at the PlayStation 3 where it was technically the more impressive console, but suffered from being too convoluted to program games for. When a basic "Hello, World!" application takes over 200 lines of code to run, you're going to have problems. This led to half-baked ports from the Xbox (as it's the easiest to develop for) and caused games to run at nearly twice the frame rate on Xbox as they would on the PS3.

I'm going to be really interested to get my hands on the development kits and see if Sony sticks to its current architecture, or strays from it do go their own way. I think ultimately the software is going to dictate the immediate winner of the upcoming console wars.

Curious to know other thoughts on this - we should do some sort of poll.