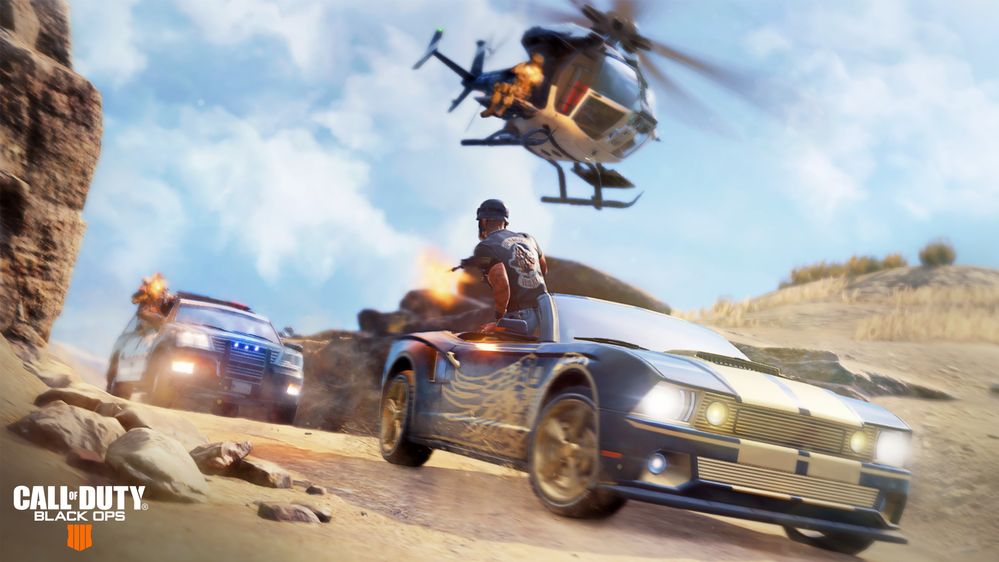 Treyarch, the Studio behind Activision’s latest installment in the Call of Duty franchise has just released a major update to their popular battle royal game mode Blackout. The latest season brings new weapons, characters, vehicles, map locations, and features to the Blackout mode.

From the release, here’s a quick highlight of the updates:

While Multiplayer gamers are accustomed to using Prestige Mode after hitting the 55 level cap (which resets your level back to 1, relocks all classes and guns, and adds a prestige level exclusive emblem), Blackout players have been stuck at the 80+ level cap since launch. With the update, players can now enter prestige mode in Blackout which will reset their level to 1 and add a custom emblem letting other players know they’ve prestiged. As with multiplayer, players can now do this 10 times.

In the sparsely populated area next to Turbine, fan favorite Ghost Town from Blackops 2 Zombies has been added. This area adds extra depth to the Blackout map with a town above ground, and a hidden town buried underneath. If you’re looking for a hot drop with lots of loot for your squad, this is the place to ho.

The armor system in Blackout continues to see additional tweaks and improvements based on community feedback.

Lot’s of changes have been made to make the experience better. The biggest for players will be the ability to swap weapons with all attachments (so long as they’re compatible) when picking up weapons. The other major change is duplicate items being consolidated in the quick equip menu. Before, each stack of health would be represented by its own slot; now, the total sum of items gets grouped together to make for a quicker way of managing your inventory.

How are you all liking the new improvements to the game? Let us know in the comments below!