With the recent reveal of Keanu Reeves joining the cast of CD Projekt Red's Cyberpunk 2077, I've put together a list of other celebrities whose likenesses have appeared in video games. Here are 8 that I found to be interesting or otherwise noteworthy, in no particular order:

This is not a full, comprehensive list, but simply appearances that I found interesting, funny, or worth mentioning for one reason or another. If you have any favorite celebrity appearances in video games, let me know! I look forward to seeing who your favorites are!

Call of Duty: Advanced Warfare was one of my favorite COD campaigns (I put it close to Black Ops 1 in terms of story). I thoroughly enjoyed Kevin Space's performance and the internet got the "Press F to pay respects" out of it

As a Game of Thrones fan, it was also great seeing Kit Harington (Jon Snow) in Call of Duty: Infinite Warfare.

I completely forgot that Gene Simmons was in Tony Hawk's Underground! That takes me back - they need to make more of those as it's been way too long without a great skating game.

While not - technically - a cameo (although I remember there being little enough of him to make it a cameo), I'll humbly offer up Prince: Interactive, from 1994.

Come for the puzzles, stay for the karaoke version of 'Kiss'!

How about Gary Coleman with an M16 in Postal 2? 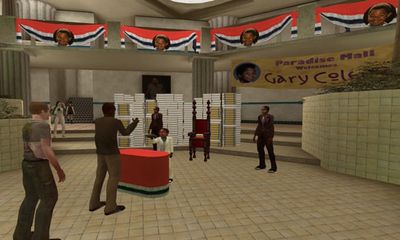 Hello. You can use this service 2captcha (there you need to enter captcha) to start earning your first money, a few dollars a day. Of course, this is not the limit. The level of income largely depends on the ability to work, the dedication of a person. Some work simultaneously on several such services. Their income is much higher.

There are many other games on ATT platform. I use to play cooking games, because I love cooking. You can also see different cooking related games.

Thanks for sharing this very informative post about CAMEOS games  This is so interesting to know. I really love reading your stuff being posted here.