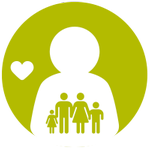 Playback and on demand will not work for months now.

Since atleast April I have not been able to use the playback feature or the on demand feature. When I attempt to do either I get a message that says there was a problem connecting to DirecTV. Please try again later. I have called 4 times on this matter. I have a "ticket" in and there have been no response from directtv. Each time I call I'm told they're working on it. Well 3 months of getting the run around is getting pretty frustrating.

We all enjoy taking a little down time! Taking a walk, riding a bike or spending time with family are a few ways. Watching a movie is one thing we all enjoy, but sometimes that can be interrupted by pesky error codes. If you are trying to watch a movie and see Error Code 927, we have a few fixes that may help resolve this error.

Thank you for contacting us on AT&T Community Forums!