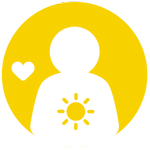 I have been dealing with this issue for over a year now. An At&t employee added the NFL package ($67 per month for 6 months each year) to my account without my knowledge, and I was charged for it last year and now the charges have started again this year. Last year after months of trying to get the charges removed, resulting in my service being disconnected, I finally found a representative who knew what he was doing. He was able to have the charges  removed and I received credits for all of my trouble. I spoke with a representative 2 weeks ago who assured me that the charges would be credited back and that the NFL pack would be removed, but I received my bill and I'm still being charged. I'm thinking about cancelling my account because no one will help me with a permanent solution to this nightmare.

Once NFL Sunday Ticket is on the account (either from your intro offer or added later), it automatically renews each year. You get the renewal notice in June, with 1st of 6 installments in July. You have until season starts in September to opt out. So that is a couple months to address it before you are secured in.

So unless they have your removal request before the season started, you are locked in for this year.