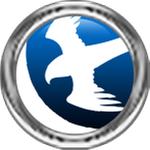 I had my services temporarily suspended last year. I was paying around 100 dollars a month at that time. When my services were reinstated I was told that my package and my bill would be the same. I received my first bill and it was 400 dollars. I called and asked what was going on and was told that I was billed for two months. The supervisor told me that directv had made a mistake and that I would still be charged only 100 dollars a month going forward. He even gave me a credit to my account. I then received my next months bill and it was still 200 dollars. I called and asked again what the deal was.  I was told that I lost a couple promos and my package price went up. I explained that I was never told that in the beginning and was told multiple times that my bill would stay at 100 dollars like it had before. They said there was nothing hey could do so I told them I wasn’t paying it. They cut my services off and I had pretty much given up. I then received an email from directv offering to pay 70% of my balance up to 250 dollars if I would pay the remaining. I thought that sounded like a great deal so I called to take advantage of that offer. When I spoke with a representative he said that he did see an offer on my account but he couldn’t see the amount. He said he would have a supervisor call me back. I waited two days and never received a phone call. I called back to ask why I wasn’t called back and that I wanted to take advantage of the deal and I was told that the deal had now expired even though I called to do the deal before it had expired. I have called at least 100 times and been on hold for hours and been hung up on multiple times and cussed at. They are now saying my account is in collections. No one has been able to provide any kind of solution to the problem. The only reason there is a problem is because of misinformation I was given on multiple occasions by directv. Any help would be greatly appreciated.

We're happy to see what we can do for you.

We'll be sending you a Private Message to gather more details and get started. Be sure to check your Inbox for the message.

Suspend is for max 6 months within a 12 month period.

Billing counts from day service comes back on, so the 1st bill can show charges for remaining days of the month in which it turned on plus the full new month the bill is normally for.

If you had discounts before it was suspended, they may have finished as they don't freeze while suspended.

There is the 2019 price adjustment that would be a small portion of the difference as well. (no more than $10 itself depending what you have).

If your reinstatement was around June, you may also be seeing the 1st of 6 installments of the NFL Sunday Ticket if you had it last year (even if from a free promo).

So those are just a few things to check with working this out.

If service is not active, call DirecTV to verify payment posted for entire balance owed (not just past due) and that account is active. They may have to reinstate manually.

This is a public forum of other customers and you posted to a thread from over a year ago. For official support, call DirecTV. To discuss with other customers make your own thread, or at least post in something both recent and relevant so you don't get lost in outdated info.

We are here to help, @victaic2.

Thank you to @Juniper for the useful information.

You can log into your account to make sure that your service is active, and that you are all caught up on your payments.

We recommend that you restart your equipment, to make sure that everything is working. Also, you should resend the authorizations to the equipment as well.

Let us know if you have any other questions or concerns.