I've had the mobile share advantage plan for two bill cycles now.  I hit my limit last month and was not throttled but according to the myat&t app I was charged.  However, I was never charged for the overage package.  The most interesting thing is that only the myatt app itself says I have an overage package.  Again, I have never been charged for an overage in the last bill cycle or the current bill cycle.  All is good there.  Notice how visiting the mobile myatt site how no overages are shown and it says I'm throttled, same situation with the desktop website.  Now the thing I'm NOT complaining about is that I am not being throttled.  I was just wondering if the throttling feature has not been operative yet since this plan is so new. 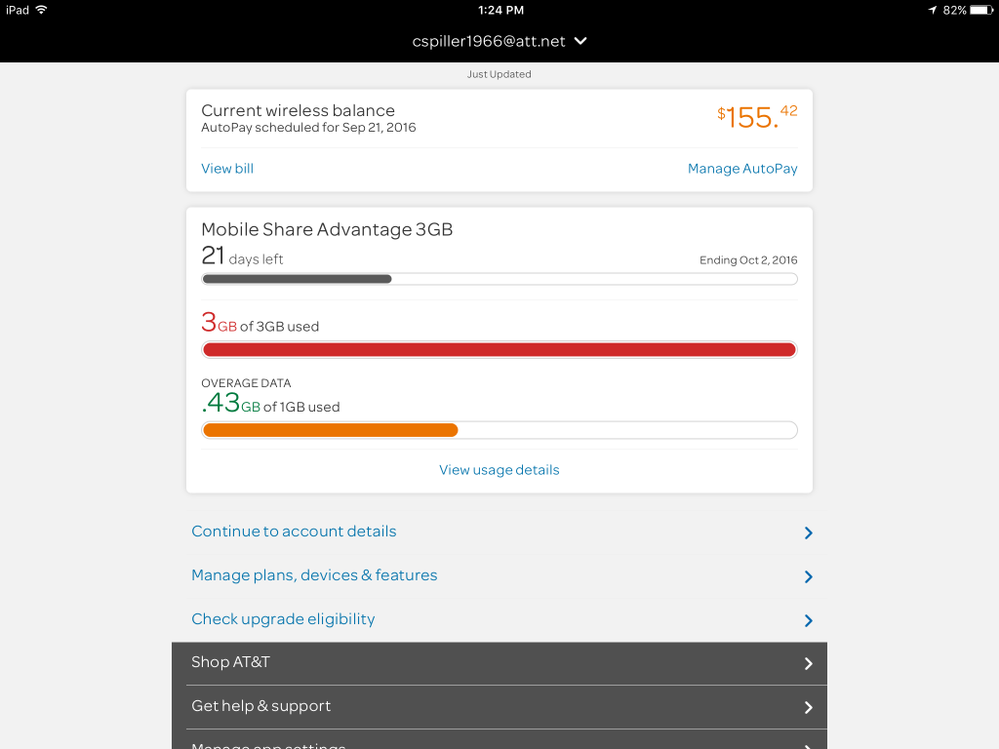 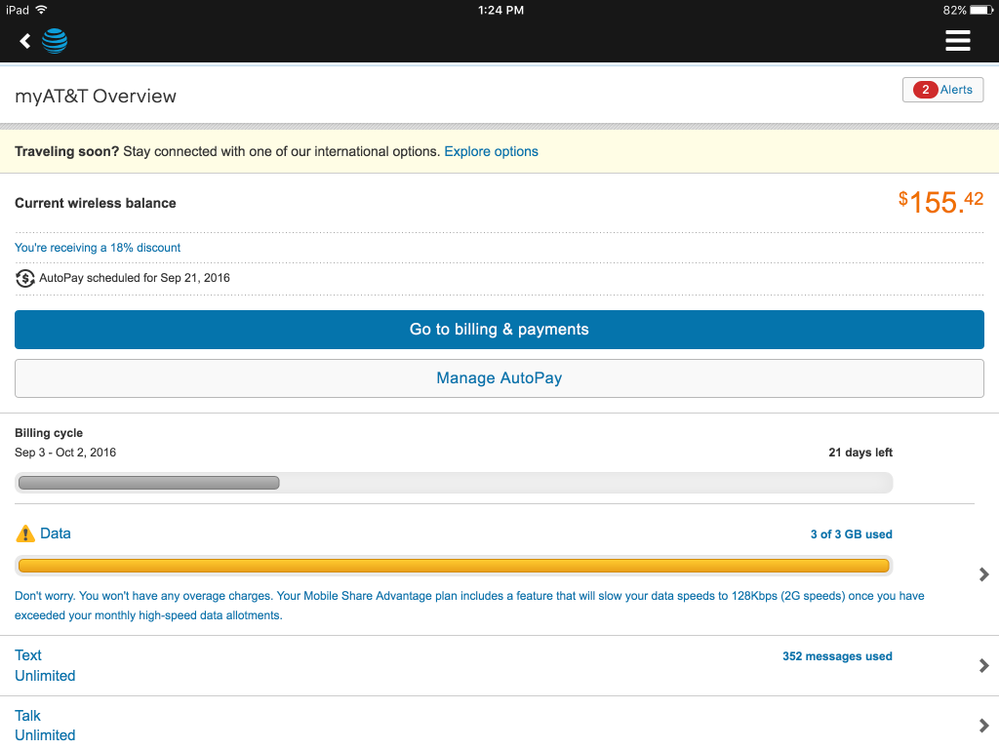 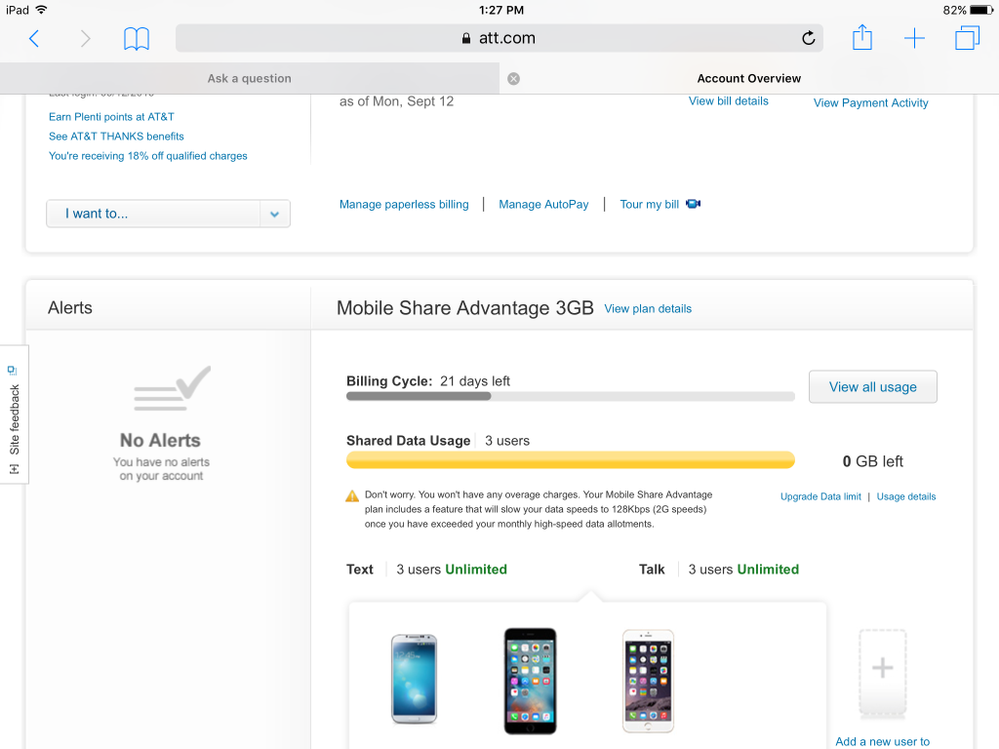 It is more likely the system didn't record your data use in real time, and so you used a bit of full speed data, before ATT servers got the information.

This is why in the past customers complained of overage charges "while at home on wifi".

The system lags behind our actual use.

I bet with the new plan, they will fix that lag time toot-sweet.

I have this plan moible share advantage plan and I used all my data and I never got my data slowed down I still have 4g speed .

I'm good for whatever as long as I'm not charged for overage. 👌😂

It's a nice change!