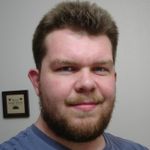 AT&T trying to screw me out of my grandfathered Medianet unlimited data plan!

AT&T trying to screw me out of my grandfathered Medianet unlimited data plan!

Ok, let me start by explaining some history. My family has been customers of AT&T since it was Cingular, 10+ years ago. We are still on the original contract we signed with Cingular. When we started, there were no smartphones. I started with an LG CU500. When we first got our phones, me being the technical one in the family wanted internet and we got the Medianet 200 plan for my phone with UNLIMITED internet. Over the years, I’ve forgone upgrades that would include a newer phone and bought my own phone out of pocket to keep my grandfathered unlimited plan. Over the years, I upgraded at my own expense, first getting a BlackJack, then a BlackJack II, then a Samsung Captivate, then a Samsung S2 Skyrocket, then a Samsung Note 1. All this time, I’ve used my original SIM card, and original unlimited data plan without any problems.

We live in the country, and our home DSL is SLOW (1.5mbps), so I use my phone a lot since it’s faster. I believe the most data I ever used in a month was over 100 GB, but usually much less, like 30 GB or so. Last Christmas, my Dad wanted a smartphone, so I bought him a Galaxy S3 on eBay. Since he was under the same contract, I thought he would be able to get unlimited internet like me. However, when I went to add it, it wouldn’t let me; and I had to choose a 3 GB (maybe 5 GB - don’t remember) plan for him. I didn’t think that was right, but I didn’t push the issue since he didn’t really use it enough that he went over that anyway. I thought maybe since I had mine since the beginning, it would only let me have it, and not add on more. For the past year since he got his phone, he’s had his with the limits, but I continued to have mine unlimited.

Recently, my Mom decided she wanted to get a smartphone too, so I bought her a Samsung Mega 2 on eBay. I used the micro SIM cutter that I have to cut her’s down from a full size SIM, just like I had a year before with Dad’s. I went on the AT&T website, and picked the same plan that I did for Dad a year before since that’s all it would offer. Then I went into the settings on her phone, and changed the info under the APN so it was the same as mine and Dad’s. (WAP.CINGULAR Etc.) It worked fine for a couple days, then it said it couldn’t connect to the data network or something like that. We had a few minutes to kill in town, so instead of me trying to diagnose the problem, I said how about we just take it to AT&T and let them fix it. I thought they would just change something in the settings or APN info or something.

I brought Mom’s phone into AT&T, and they fiddled with it, then decided the problem might be with the SIM card, so they would give her a new one. First they said they thought Mom and Dad could also have unlimited internet, then they said the system wouldn’t let them and it could only be one user, so since it was me they couldn’t have it too. They set it up in the system, and put the SIM in the phone, and I thought everything would be fine.

We went home, and 30-45 mins later, I get a text message from AT&T saying: “AT&T Free Msg: Your smartphone requires a data plan. A $30/month DataPro 3GB data plan will be added automatically if you continue to use a smartphone on this line. Review your account at m.att.com/myatt” I drive 15 miles (one-way) all the way back to the store, and talk to the same guy as earlier. I explained that from what I had read on the AT&T forums, technically you weren’t supposed to use that plan with a smartphone, but they allowed it if you were grandfathered. When I got my plan smartphones didn’t exist. The plan was for unlimited internet, period. I told him everything worked fine until I came in today and they messed with it. He tried to say HE didn’t do anything, and that the AT&T system found it on it’s own and did something. He claimed it was because I switched phones, the system found the IMEI didn’t match the SIM, and kicked it out or something. I explained that I’d been using this phone for months, and I’ve used this SIM all through the years in different phones, and never had a problem until I came in. I never had a problem until he put a new SIM in my Mom’s phone.

The manager came over, and said he’d worked there 8 years, and he said he didn’t even know how it was possible that I was using my plan like I was. He tried to tell me that the way I should look at it, is I got a really good deal for years when other people were paying more, and tried to sign me up for a new plan, I said no. They finally decided the problem was with my SIM card, and that I needed a new SIM too and that should fix it. He gave me a new SIM, and I went on my way shopping. 15 mins later, I get a new text from AT&T that says: “AT&T Free Msg: Smartphone users are required to have a data plan. Our most popular data plan - DataPro 3GB - has been added for $30/month. Learn more at m.att.com/myatt”

So I go back. I talk to the same guy again. I told him I logged into the AT&T app, and before it said my plan was Medianet 200, and now it doesn’t say that anymore. He tried to tell me the system wouldn’t let him change it back, and he even got on the phone with someone else and they’re saying they can’t change it back. I told him I never came into an AT&T store and always figured out and fixed the problems myself because I was always afraid if I came in they would do something and mess up my plan. He tried to say that it had nothing to do with my coming in, that when I added the data plan to my Mom’s phone it did it. I later realized when I was home, that can’t be true, otherwise it would have done that with my Dad’s phone when I did the same thing. His had worked fine for over a year. This problem didn’t occur until they put a new SIM in my Mom’s phone. After they did that, I started having problems with my phone.

They basically said there was nothing they could do, and I could try calling customer service and that they would sometimes do things for a customer that they won’t do for an employee. I really doubt that. Sounds like pass the buck to me. I told him I think it’s

, everthing worked fine until I came in, and someone, somewhere can “flip a switch” and make it work.  saying they can’t. I’ve been a good customer for over a decade, and have paid them thousands of dollars for service. I went without upgrades, and paid more for my phones so I could keep my plan. I told them if this isn’t fixed, I may take my business elsewhere.

I later remembered some people were having to sue AT&T over when they offered unlimited plans for iPhones, then tried to take it away. I’ve had my plan for YEARS before that. I may have to take that route, but if so, not sure where to find a lawyer that’s familiar with AT&T and the unlimited data issues. I just want my unlimited data back. It would be nice if they added it for Mom and Dad too since it’s the same contract, but they should certainly fix it for me. Everything was fine until I came to their store.

P.S. after logging into the AT&T website, it says my Dad has unlimited data, but Mom and I have 3 GB limit! His was the only SIM card that wasn't switched.

You cannot use a smartphone with MediaNet data. That's it. It works for feature and basic phones only.

You also cannot convert that to a smartphone unlimited data.

If it was a smartphone plan, you can private message @ATTMobilityCare with your account and contact information and concern and they should be able to assist you in getting your plan back.

Technically you should never have been able to use that plan with that S2 Skyrocket or anything Android, iOS or Windows Phone. But because these phones were older and not LTE, the APN for data worked.

MediaNet plans were GPRS. 2G and 3G only. It may be possible to move back to this plan if you use it with a feature phone that is not a smartphone.

But it did work, and has for years. And yes, even with 4G, just not LTE.

It shouldn't have. Regardless you're just not entitled to turn a feature phone unlimited plan into a smartphone plan. The only way to get back on that plan is to use it with a feature phone of some type.

Maybe it's just me, but if you don't have a contract, if AT&T wants to cancel an old plan, grandfathered or not, it seems like they should be able to cancel it.

Grandfathering plans isn't a law that I don't know about is it? I thought it was a courtesy that they offered. I can see keeping them around for a few years, but after a decade? After a certain number of years, it seems like them canceling the plan isn't "screwing" you...

Yes, grandfathering a plan is a courtesy. Many plans continue to be used by lots of customers through grandfathering but stringent criteria must be met. This particular instance is a good example. The unlimited MediaNet data can continue, but it absolutely must be on a feature phone. Unlimited basic phone data just cannot be turned into smartphone unlimited because the plan type is totally different. Now being able to use a phone that isn't qualified for that MediaNet unlimited data was a system glitch that should not have occured. I understand the frustration here but there isn't anything that can be done. That plan should not have worked with a smartphone and a system error does not entitle anyone to an exception or continuance of usage outside of the policy.

The regulations state that a cellular carrier must notify a customer within 30 days in writing that a plan has been expired or no longer available. If that criteria is met then the carrier may discontinue a plan completely.

So in other words the OP should have considered themselves fortunate to be able to use the plan with a smartphone for so long rather than reacting the way they did.

Ah, we can forgive him not knowing the difference between the "unlimited MediaNet data for basic/feature phones" and an "unlimited smartphone data plan"