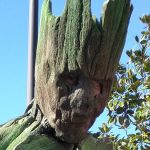 This problem has been slowly getting worse over the last 5 years of me being a customer.

In my testing the ATT wireless DNS servers took between 70-2500ms for a new lookup.

Any of the generic (google,opendns,4nines) public DNS servers took between 60-200ms for a new lookup.

The actual time of the request itself, minus latency of the wireless connection, should be in the 8-12ms range.

My average wireless latency was 55ms.

The generic public DNS servers, as they are pointed at directly by IP, are probably handling millions of simultaneous requests.  So... your segmented however you want to do it DNS service, is lacking.

The performance increase you get just by replacing the ATT provided DNS servers with any public DNS server was mind boggling.

This is really not something you want to allow to continue as it will affect the perception of virtually every wireless service you offer.

I just thought you should know.