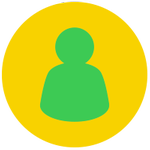 I am moving and I cancelled service on the 14th of January with the intention of setting up new service after I find and move into my new location.  When I cancelled service, I spoke to two different CSRs to do so, and neither of them informed me of any further charges I would be billed for as my billing date was on the 17th.  To my knowledge, that is when my billing period started, or some time after that.  Today I received an email stating my service had been cancelled due to non-payment and that I was going to be referred to collections if I did not settle my bill.  I called in to the billing department number in the email and was informed that yes, I would still have to pay that bill for the month of January (billing period Jan 1-31) because I had received service for the month.  I disputed this fact as I had not been informed of this by either associate I had previously spoke to, and let her know that I was under the impression that my billing period began after my cancellation date.  She said no, it begins on the first of the month. I stated that it should be pro-rated then as I had cancelled in the middle of the month, still arguing though that I shouldn't have to pay anything as I had been mislead by the previous people about my settled bill.  I asked to speak to a supervisor.  She comes back from hold and says actually you will be billed a pro-rated amount after you pay this bill.  What?!?  I finally get the supervisor on the phone who says that actually ATT charges you for the month in advance and that my billing period began on December 26th.  By those words, I paid December 26th - January 26th on the bill that was due December 17th which I had already paid.  By his statement, I should have been owed money back for the period between January 14th-26th that I had cancelled.  (I am not seeking those funds)  He stated that no, what I had paid on December 17th was for November-December and that what I was being charged for now was December through January.  I argued with him that Payment-In-Advance for service as he was stating doesn't work that way.  He said sorry, that's how it is.  I had at that point received three different sets of information from the original contact on January 14th, the first rep today, and then the supervisor in regards to whether there would be any further charges, when my billing period was, and if there were pro-rated charges rather than full amounts.  All of this mind you, after I have received an email that my service had been cut off TODAY because I hadn't paid.. as if I hadn't already been. When I asked to speak to his manager or somebody that could look at this and say "yeah, those charges shouldn't be there", he gave me a mailing address to send a letter to.  I can't even log in to view the bill or the statements now to confirm or deny this information.  This is beyond ridiculous.  I, up until a month ago, worked in this industry and sold this product to my customers.  There is always a solution, especially for someone who has multiple other services with your company (Wireless and DirecTV) and intends on reconnecting this service in the near future with a new installation.

@Clint2019   Hello. My apologies for the issue. If you would please click on my user name and then click "Send PM" to send me a message with your name, address, contact info and account number, so that I can have this looked into and have a specialist contact you to resolve the issue. Thank you