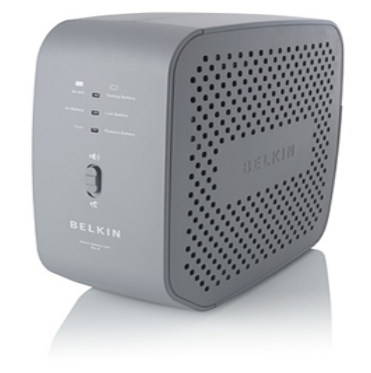 Battery Backup Units will NO LONGER be installed with new installations for both Residential and Business U-verse Voice customers.

If you would like a Battery Backup Unit, kindly visit this site for more information on Purchase, Installation, and Setup tips.

If you need assistance with your already owned Battery Backup Unit, visit this site for more information

Need help with an account specific question?  Post a new question here on the forums by clicking the "Ask a Question" button.
For additional support, please visit us at our AT&T services hub.
Follow us on: Twitter @ATTHelp

Irony?  Are you claiming customers must be assumed to know of a policy tucked away in an obscure corner of a forum that even I did not know existed until I went looking for information? That's arrogant nonsense.  The point is not whether the 5268AC is or may be superior to the year old router I had, which worked perfectly.  The point is that an AT&T technician removed a router that had a battery backup and replaced it with a router without a battery backup, and did not tell us.  If I had not checked the specs on the 5268 and confronted the technician who showed up today, I might have found out we had no battery backup only when the power went out and we needed the telephone for an emergency.  My router was removed because either (a) the technician wrongly believed it was responsible for the random pixelation of our TV images (it was the signal that was corrupted due to a line problem about a block away), and/or (b) as I learned today, AT&T is removing all routers with battery backups whenever they are found during any service call.  I can only repeat that this is a cynical, dangerous, money grubbing policy.


...I can only repeat that this is a cynical, dangerous, money grubbing policy.

Yes, you're quite good at repeating that.  Thankfully the moderators have removed a bit of the repetition.  And I can understand why you say "dangerous" and possibly "cynical" but would you explain "money grubbing?"  AT&T does not sell the replacement batteries.  They have no financial incentive to pull a gateway out of your home to replace it with one that doesn't have a battery.

AT&T argued vociferously before the FCC against any rule to require backup batteries for equipment where the household subscribed to VOIP.  It saves AT&T money on equipment.  Not telling customers they are installing routers without backup batteries saves technicians time, which is money to AT&T.  Don't try to tell me that the obscure notices AT&T provided about this change in policy was anything but an attempt to avoid complaints.  These notices are akin to those provided by the Vogon construction fleet in "The Hitchhikers Guide to the Galaxy."

"[Vogon Captain] People of Earth, attention, please! People of Earth, your attention please! This is Prostetnic Vogon Jeltz of the Galactic Hyperspace Planning Council. As you are probably aware, the plans for the development of the outlying regions of the Western Spiral arm of the Galaxy require the building of a hyperspace express route through your star system, and, regrettably, your planet is one of those scheduled for demolition. The process will take slightly less than two of your Earth minutes. Thank you very much.

[Vogon Captain] All the planning charts and demolition orders have been on display in your local planning department in Alpha Centauri for 50 of your Earth years, and so you've had plenty of time to lodge any complaints and it's far too late to make a fuss about it now!

[Vogon Captain] What do you mean you've never been to Alpha Centauri? Oh, for heaven's sake, mankind! It's only four light years away, you know! I'm sorry, but if you can't be bothered to take an interest in local affairs, that's your own lookout! Energize the demolition beam! God, I don't know! Apathetic bloody planet, I've no sympathy at all!"

Yes, I understand that not installing the battery saves money.

I'm talking about your assertion that they swapped out your gateway with one that doesn't have a battery was some how financially driven just to deprive you of a battery you already had (and that they'd already paid for).

I just recently responded to an email concerning the upgrade of our ATT U-Verse gateway. There were supposed to be significant improvements in WiFi coverage range and other things. We have been on U-verse for a number of years (January 2010). That was not a pleasant experience, and had not the installer been the greatest guy around, he would have been tossed out the window. Even he was frustrated when he discovered that the telephone lines were not being switched properly. But that is neither here nor there.

I am sure that the change in the TOS was posted somewhere. But it certainly wasn't highlighted. Had the offer said to the effect that "switching to the new gateway will mean you need to buy your own battery backup unit" I may or may not  have opted for the new gateway. What irritates me is that I find this out after the fact.  I talked with your technical support, which was a less than happy experience. She had a hard time giving me a straight answer (and that was after dealing with your silly virtual tech support program).

I just wish you would have had the courtesy to clarify the issue concerning the battery backup on the offer.

Yes, I know what you are going to say, something was inserted with the bill to tell us about that change in the TOS.  Let me ask you: do you read all the crud that is often included with the bills, stuff that often has nothing to do whatsoever with the bill?  I doubt it.

Thank you for your time and consideration.

What a rude answer. Very rude and totally not helpful. Are you an employee?

I too had my battery backups taken away. We upgraded our internate speed and had an issue with our system due to that. The first technician came out and could not fix it so they scheduled a 2nd technician to come out a couple of days later. He was able to find the issue in about 20 min, identifying that there was an issue with a wire in the box on the our side wall. Once he left I went out to the garage where the ATT box is that "Had" our battery backup... when I saw the "battery missing" light on, I called the technician and that is when he said, yes I took it as we are not supporting battery backups anymore. They are not needed. I said why did you not explain that to me me and he replied that a battery back up is not needed anymore... I said so if the power goes out and I have a voip phone system, I'm just out of luck??? His answer was yes.... I said how is that I was not out of luck just recently when my power went out and the battery backups worked So I could make calls and have internet service on my battery powered iPad?  His response was... " I guess AT&T wants to sell you a battery backup system to generate revenue... you will have to call them... I'm starting to understand why the neighbors are going to COX for their service....

If you'll google the battery for your modems backup you'll find many places to get them for under $20.  It's been my experience that the cable companies don't supply backup systems either.  I bought a good UPS for my mom who has charter spectrum and it holds up much longer than any internal battery backup would she's had a couple of hour or more outages and hasn't lost her phone service.

It is just ridiculous that I had a perfectly working battery and they took it. If I buy another one are they going to take it too when I need a technician again????

Not if you tell them it's yours and keep the receipt, put the receipt in the battery compartment with the battery, that way your won't have to go looking for it if you have to call a tech out.

Why would AT&T make the decision to remove battery backup from their systems? It seems that in today's world when power goes out, it would be a great asset if they could help to insure your internet and phone continued to work for both inbound and out bound communications...