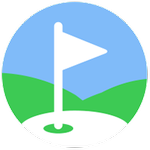 Now down for 2 days.

AT&T sent two trucks to fix my down internet and home phone service, failed to fix it.

Now down for 2 days.

They sent an inside wiring repairman who worked for 20 minutes, then came back inside to tell me he cannot fix it, the problem is a mile away, he'll dispatch a lineman.

Then about 20 minutes later I saw some other person in my backyard.

HE NEVER KNOCKED ON THE DOOR OR GAVE HIS NAME OR SAID WHAT HE WAS DOING.

Two hours later, he snuck back in the other side ostensibly to avoid being seen passing the sliding glass door, tidied up the terminal box, and it was only out of sheer luck that my roommate happened to meet him as he skulked out on the driveway and asked him if he fixed the down internet / phone.

IT WAS NEVER FIXED.   STILL ISN'T.

They are both as down as ever, and I was inside the whole time.  There are both STILL not working.

Why didn't he even come in to actually verify it was fixed?

Why did he trespass on my property without knocking?  He's lucky there was no dog.

Then, to add insult to injury, he marked the trouble ticket as RESOLVED.  Total lie.

BTW, that lie is FRAUD.

I had to begin all over again, then have them send another truck which will come later today.  I will update this to let you know the outcome, but frankly, I don't believe they will ever fix it.

[Per Guidelines:  Keep it Relevant and Appropriate].

Also filing an FTC complaint and a complaint with the CPUC.

DO NOT use AT&T if you can avoid it, they are crooks.

And the next time an AT&T employee trespasses on my property, I will call the police immediately.

I contacted our local newspaper The Acorn about this incident, they will be running this story in an upcoming issue.

I am now  in talks with channel 9 and channel 5 news as well.

After their piece, I do expect it will be picked up nationally by the television press.