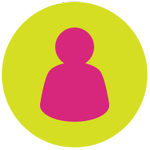 I have been contacting ATT multiple times to try to help my elderly father change the name on my parents' ATT bill.  My mother recently passed away and the ATT bill was in her name.  My parents (who were married for 53 years) have had ATT since they got their landline number in 1972.  I called ATT on 9/10 and was on the phone for 35 minutes and was advised that my dad had to go to an ATT store with two forms of photo ID (drivers license and passport) and my mother's death certificate to change the name on the account and to assume responsibility.  My father went to the local ATT the next day on 9/11 and took all the requested documentation.  He was advised by a store manager that they were unable to help him, that to change the name on the account and to assume responsibility he would have to call ATT.  My father called me frustrated and I called ATT on 9/11.  I was on the phone with ATT for 59 minutes and spoke with a supervisor, who was going back and forth with another department to change the name on my parents account.  He first asked me if I could get my dad on the phone and I told him yes, I could make a three way call and get my dad on the line.  Then he told me NO, that the department changing the name would have to call my dad.  I explained to the supervisor that my dad was deaf in one year and had significant hearing loss in the other.  I asked if I could be given the number to the department that would be calling my dad, so he could call them.  I was told NO.  I advised the supervisor that if ATT called my dad and left a message that they would have to repeat the number and speak very clearly or my dad would not understand the message.  I also asked the supervisor if there was a hearing impaired number my dad could call and the supervisor said NO.  I also asked the supervisor if we could schedule a time for the department to call my dad so he would be sure to answer the call and he said NO.

So, later in the day on 9/11, while my father was outside mowing the grass he received a call from ATT.  ATT left a message that was not clearly audible.  My father played the message for me and I could not understand the message as well and I have no hearing problems.  The ATT rep that called had a very thick accent and spoke very quickly, did not repeat the phone number for my dad to call back.  It was impossible to understand what the number was.   So, I told my dad to wait for ATT to call him back, he received no call on 9/12 or 9/13.  So, I called ATT on 9/14 and spent another 45 minutes on the phone and spoke with a supervisor named Jenn.  She asked me if my dad could be available to speak over the phone right then and there.  I told her no, he was at a doctors appointment.  I told her that he was available on 9/11 when I spoke with the first supervisor, but I was told that they would not speak with him, he had to wait for their call.  This supervisor Jen then asked me if there was a time that she could call my dad.  I told her yes, but again told her that the supervisor I spoke with on 9/11 said that we could not schedule a call.  I told Jen (the supervisor) that we were tired of getting the run around.  I advised her my mother just passed on 8/24 and my father was still grieving and the last thing he needed as a 79 year old man was this hassle.

The supervisor Jen then advised me that she would be calling my dad at 4:00pm EST (on 9/14) to help him finalize changing the account in his name.  She advised that she would just need his verbal verification to change the account, his ssn number and to run a credit check.  I told her that was great and I would have my dad waiting by the phone.  My dad waited by the phone from 3:30pm EST to 5:30pm EST and there was NO CALL from supervisor Jen.  There was also not another call from the department that was supposed to change the account on 9/15 or 9/16.  I have tried calling ATT again on 9/17 at 1-800-288-2020 and was on hold for 20 minutes without an agent picking up.   This type of "customer service" from ATT is beyond unacceptable.  My parents have been loyal customers of ATT for 47 years and have NEVER and I repeat NEVER paid one single bill late in 47 years.  I would like somebody to contact me from ATT and provide the number that my father needs to call in order to get this landline phone and internet account changed from my mother's name to his name.   My father is elderly, semi-hearing impaired and a very recent widower.  ATT should be more accommodating to people that fall under the ADA.  Not to mention they should have much better "customer service" in this circumstance.

We apologize for this experience and the inconvenience its caused for you! We'll be sending you a Private Message to gather more details about this and start working toward a resolution. Be sure to check your inbox for the message!

My father is in the same situation.  Could you please post the number to call to contact someone that can help him make this switch?

@bellapw @He needs to go into a corporate store not an authorized retailer.