I have contacted U-Verse support by phone twice now. Once when the installation was going on; person installing internet\phone\tv contacted an agent and gave me the phone. And once recently when I called them myself. Both times I have been trying to get support to give the available stats\limits\speeds of our internet service and their support and information was a joke. Both agents have told me our connection bandwidth is limited by the speed of my computer's central processing unit and\or operating system and would\could not give me a legitimate answer. I know this is totally false in the context that I am asking and both agents argued with me, actually stating that I don't know what I'm talking about. Even IF what they suggested about my hardware and software determining the speed was true, my liquid cooled 5.0GHz eight-core CPU and Windows 8.1 x64 would be just about as fast of a connection speed as possible today. Too bad those two factors don't have anything to do with the actual speed this u-verse service and this 2WIRE267 router can reach.

I need to know what the MAX POSSIBLE bandwidth for up\download speeds are with this U-Verse contract.

then why am I limited to 2MB/s download speeds? does not matter what site it is downloading from, or even from peer-to-peer uploader offering 25MB/s upload speed.

1.6MB/s is the average our service reaches and 2.0MB/s is the max I have ever seen it hit.

this is using hardwired ethernet connection to the at&t provided router.

If you want to see what your Gateway can provide given your current connection stats, go to http://192.168.1.254/  click on the broadband tab and look for the table that contains sync rates, attenuation, SNR, error counts.  Screenshot and paste that in a reply to this thread.

the service plan is the High Speed Internet Max Plus package. it doesn't matter what the router's specs are or what at&t claim it can provide. the question is why, in real world usage scenarios, am i not getting any faster than 2MB/s max speeds. as i've already stated; even from a 25MB/s peer-to-peer upload my service maxes download speed at 2MB/s, averaging ~1.6MB/s. this is over 2 years of service from 1000s of different download sources.

This is only personal opinion, but getting speeds that are no better than you get with legacy dsl is almost embarasing.

If you can't get 10 mbps or better with u-verse, you would be just as well of with dsl, and at least, you get better thruput due to dsl having less latency than u-verse protocol.

Definatly looking forward to google fiber. In places they are putting it in, ATT is wiring up fibre too. Competition works. Embarassingly, but lack of competition means lack of inovation.

My top speed is 5.77 something mbps.. and all the sudden, I'm feeling like a speed deamon. (I also have days were I'm lucky to top 1.5 mbps, but thankfully, those are rare.)

I feel for ya. I hope it is something they can easily fix, and you can get up to whatever the maximum tier speed you can do. (AND that they actually fix it.)

I get 16.5 most of the time, so with that said my download is always around 2.0mb/sec

So you are getting the right speeds as far as I know?

so what does 15mbps translate to in megabytes per second?

there is no broadband tab on the link you provided. going to the settings tab offers a second menu with broadband but has none of the "sync rates, attenuation, SNR, error counts" you state to look for. 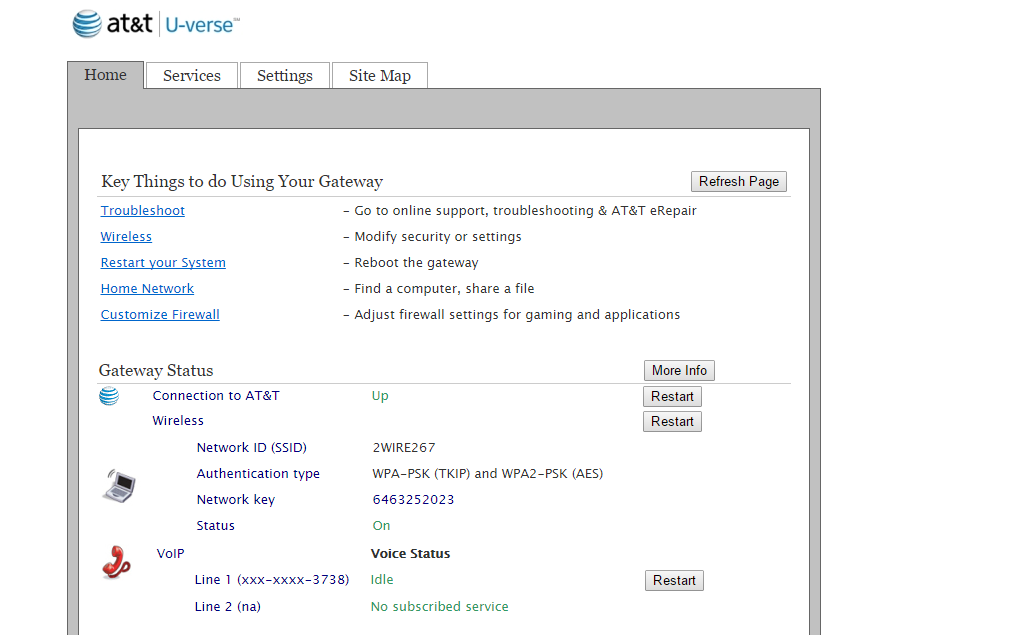 this next section has "attenuation" but none of the others 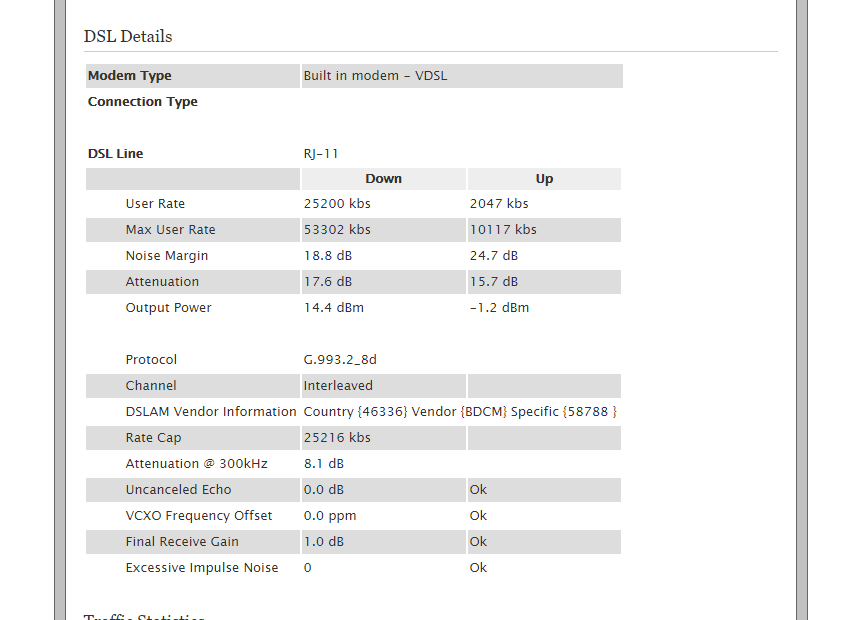