Using Your att.net on a Blackberry Device - Solutions From AT&T 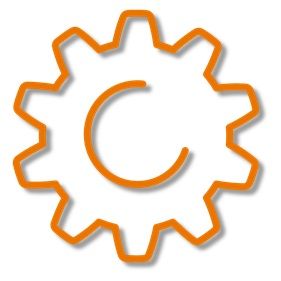 We’re updating the way that you connect your AT&T Yahoo Mail to your BlackBerry device in December 2018. You’re impacted if you use Blackberry 10, BlackBerry 7 or earlier devices.

What this means for you

You may be asked to sign in again to your AT&T Yahoo Mail account and may need to complete the below steps.

How to change your Blackberry Settings For Email

Note: Please make sure to have both your mobile device and a computer available.

You will need to temporarily remove your existing AT&T Yahoo Mail account from your BlackBerry device.

You will need to re-integrate the account by following the steps linked below for your device.

A BlackBerry Knowledge Base article on issues using AT&T Yahoo Mail on Blackberry is available here. We are working with BlackBerry on a solution to enable OAuth access for Android BlackBerry devices.

If you have further issues and need assistance, you may contact our advanced email support specialists by emailing: Attnetmail-support@att.com.

Having trouble seeing email on your Blackberry? Check out the article above to resolve this.

It would be nice if ATT clearly stated the reason for the email Yahoo changes that require them to be deleted and reinstalled on a Blackberry.  Simply stating "Solved" does not cut it. If ATT wants to drop all email then simply state it and people will change to another email provider like Verizon or T-Mobile. Oh of course that will force a change in cell service also.

All of the listed methods that were pushed on BlackBerry OS device users are no longer an option. My AT&T E-mail service, which I have utilized for nearly 20 years that AT&T has in recent years elected to have Yahoo! manage and operate, has now been prohibited from being accessed on a BlackBerry OS device by Yahoo!

The following is the AT&T response I received on this:

“Thank you for sharing your experience with us.

The changes you were requested to make late last year were due to security standards changes mandate by regulators.

The purpose was to have you re-authenticate onto the new security standard on your  Blackberry.

However we discovered last week when you lost functionality of your accounts on your devices that Blackberry does not meet the new standard.

This was discovered by Yahoo! rolling back one of the changes hence why you all were able to access your accounts over the weekend, but as stated above these are regulator mandated changes, so they had to be re-deployed.

The issue lies with Blackberry and is out of the hands of AT&T and Yahoo!.

BlackBerry native devices as well as the newer Android based devices are arguably the most secure in the industry. Yahoo! (and by agreement AT&T) are selectively blocking access of my AT&T e-mail accounts (that I pay for now thanks to Yahoo! Deal) on my AT&T branded and purchased hand held device.

My belief is they need to roll back these “regulator mandated changes” (They have yet to specificy or provide where any ‘regulating’ agency ordered them to stop allowing consumers direct interface with password access?), and  AT&T needs to offer replacement BlackBerry handsets they feel are ‘secure’ to its paying BlackBerry customers.

This is a public forum, and relevant to matters with a publicly traded company.

Nothing but the actual unedited or altered response of an employee or agent of the company was posted... I’m not really following how a name, company ID, professional contact information, etc. directly associated to a company sponsored statement is a violation of any privacy concerns.

In any event, how about someone from AT&T respond to the restricting of customer access to AT&T user email on AT&T retailed devices.

I spent  2 hours on the phone with ATT support high level and all they could say is I needed 2nd code access to get emails on a blackberry.

Ok so all bull.

I spend another 6 hours and finally discovered a method to get email back on a Z10 handset.

the reply comes back that further setup is needed. I selected advanced mode and instead of using IMAP I selected POP.

Adding all the passwords and servers allowed it to work.

select SSL security on both

Why ATT does not know this with all their experts is beyond belief. Maybe they have other reasons their not willing to disclose,

My Z10 is working right now, but I'll have the above path in reserve before I cancel everything AT&T. My Playbook had not worked in over a year and I was about to recycle it, but the POP method worked. I now have a useful Playbook again for simple things, hope it stays up with the Yahoo changes they indicate happening at the end of the month.

Glad it worked. Unless ATT is again playing with users and attempting to push everyone to Google Android phones for marketing reasons, the emails only said the browsers were needing updating. If they change the POP port numbers or Verizon who now owns all of ATT's email addresses decides to play hard ball and forces users to drop any att.net addresses and go to another net address it should be good for Verizon but bad for ATT users

Verizon owns AOL and now Yahoo so it will be interesting

Still working, both on my Z10 and on my Playbook. Thanks again for the suggestion!!

I have so far not had any further issues by using the POP configuration. I'm using it on two Blackberry phones each with multiple email addresses.

It might be worth your time to try the POP configuration. You may have to check the carrier or email provider for the POP info and ports used.

Ok , follow-up on the last few posts. Having issues with email over 2 meg in size. Not sure if Yahoo is slowing or possibly not forwarding them. Tried to send a few from another email and none showed up.  Yahoo "claims" a 25 meg limit.

Hope it's just a temporary issue ATT is doing during the change over they are doing this month.