Protect yourself online
Learn how 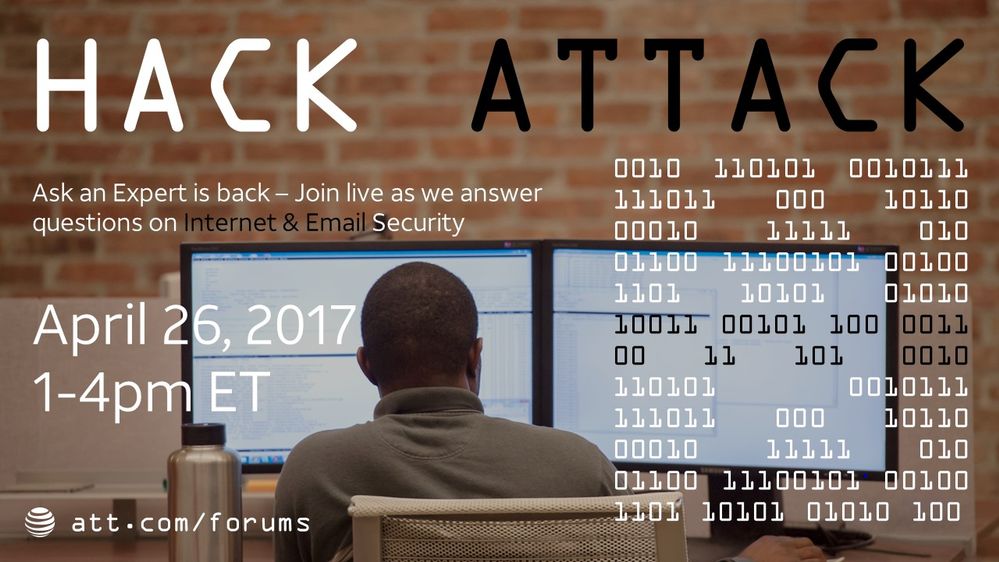 Long gone are the days that each of us feel comfortable leaving our front door open to our home. That applies even more so to our virtual home and identity on the internet. Join the conversation as we discuss and share knowledge on a topic that affects us all: Internet & Email Security.

Learn more about internet and email security here. Think your email was hacked? - Learn how to secure your email here.

@ATTU-verseCare has been active in the forums since 2010. As a team of 3 AT&T Technical Managers (David, Chris, and Jared), with a total of 25 years in the company, these techy dudes are always looking to share solutions with customers in the Community! The team also tweets for @ATTCares and @DIRECTVService as a fun way to share all the community self-help tips. 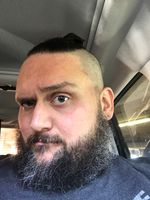 @JefferMC  started networking computers with async terminal cables in 1984. Today he’s a web application developer who enjoys online gaming, disc golf, ultimate Frisbee and cheering the University of South Carolina. He joined the AT&T Community Forums in November, 2009, and has earned earned 32 badges, received 1k+ kudos and authored 400+ Accepted Solutions.  He accepted the Award for Community Excellence in 2012, 2013, 2014, 2015 and 2016.

@MsMaggie is an AT&T knowledge engineer for Internet, Phone, and TV services. She enjoys boating, fishing, camping, and hiking the outdoors with her family and four-legged friends in sunny Florida. 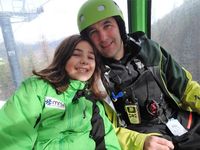 @pgrey  used to write lots of code but now primarily does systems design/engineering and Project Management.  He and his family enjoy riding road bikes, skiing, snowboarding  and backpacking.  .He joined the AT&T Community Forums in February, 2008,, and has earned earned 12 badges, received 59 kudos and authored 68 Accepted Solutions.  He accepted the Award for Community Excellence in 2016, and was ACE of the Month in December, 2016. 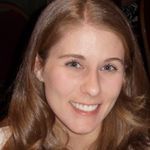 @ranen19 manages support content for AT&T. She enjoys traveling and cooking, but mostly eating what other people cook. 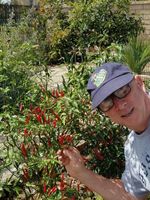 @RhodesMan is a native of Rhodesia (now Zimbabwe) who handled importing, manufacture and distribution of all the gear needed to receive satellite signals for its DTH industry, He also worked in IT for 10 years, including two in the military.  He's a volunteer for his local fire department and the Amateur Radio Emergency Services group.  He joined the AT&T Community Forums in November, 2010, and has earned earned 11 badges, received 20+ kudos and authored 19+  Accepted Solutions.  He accepted the Award for Community Excellence in 2015 and 2016.  See his August, 2016 ACE of the Month interview here. 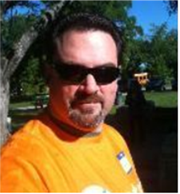 @RossCS is an avid "technophile", who loves all things tech. He has worked with AT&T since 2009.

Welcome to our latest Ask an Expert event!

We look forward to your questions about internet and e-mail security.

Good morning all from the left coast!

Hey there, @pgrey! I think you and I are on the same left coast. WA state represent!

So to get the ball rolling here are a couple of topics that I have researched in the past.

Sure, you could add "write 'em down, in a safe place", my #1 recommendation to people regarding passwords (okay, outside of the obvious, "don't use "1234""), and consider a reputable password "vault".

I could probably write volumes about the Defender issue, being a former Windows dev, mostly hardware and driver/plugin stuff though, but security is always a big part...  I think it's "good enough" for most people, but for those visiting a lot of "questionable" sites, or unknown, I sometimes recommend running a separate malware app (excluding each other, of course).

Okay... this is tangentially related, but something I have been unable to get a clear definitive answer on: It is common knowledge that Yahoo, at least for the foreseeable future, provides ATT's e-mail service.

My question is, who actually does the day to day operations of the e-mail servers? (ATT or Yahoo?)

That is enough for now...  I'll let others have their turn.