ATT did a diagnostic test on the DVR and found no issues except that it wasn't connect to WiFi (internet). I don't like keeping it connected to the internet for security reasons and I've noticed when connected I start seeing too many shows being recorded.

I know that HDD's go bad but I've been working on computers for over 3 decades now and know exactly what a failing HDD acts like and once on a decline doesn't get better all the sudden (like mine did). and after I got off the call with ATT support they sent another reset command. They'd wanted to know if I would be answering the door! I later canceled the request to come out and look and fix my equipment. The biggest reason I called was I was watching YouTube and notice the internet disconnect (and I use a VPN on one computer and share that (VPN~TAP adapter) connection to my router so everything is VPNized) So now I know that there's either was a legitimate outage or something else. I've called several times before about internet not working and not once did they try to push a technician on me. I know this sounds like I should be freaking about this but remember I've been dealing with this kind of abuse for as long as my father has published his first, second - etc. books. ATT support said "there is a problem in the area" but they were obviously not convinced that this had something to do with my issue so they pushed me to get a technician out to me and it would be as soon as the next day! So I have Directv also saying "if this reset of your DVR doesn't work you will need a new DVR" (which obviously requires a tech to come out) and they also convinced me on the Uverse side of things to get a tech out to my house! (remember both pieces of equipment are completely independent of one another!) the chances of both pieces going out at the same time and now have made a full recovery without the need of a technician is astronomical!!! and I do have the whole conversion with ATT recorded!! 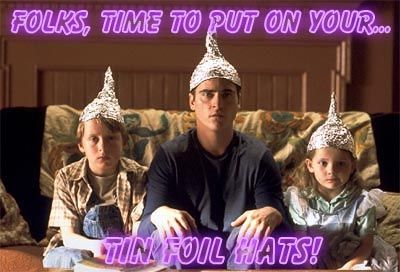 Shoutout to everyone who can remember their childhood phone number but can't remember the password they created yesterday.  You are my people.  😊