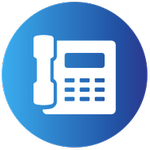 I have the Internet 100/20 service with FTTN. My neighborhood consists of about 400 homes. Many of the homes in the back part of the neighborhoods only have the 25mbit service. A neighborhood literally across the street has 1G internet on Fiber. I was wondering if there is any way to see if ATT has plans to roll out FTTP in our neighborhood or to speed up the process.

Unfortunately not. They keep their rollout process private. So far their priority is new developments, not upgrading existing ones or expanding to rural areas.

It is hoped that the massive change in internet use from the pandemic will have both ISPs and the government reevaluating the infrastructure across the country. Any improvements as a result will probably not be seen for a while.

For FTTN upgrade possibility is good... the when is the question.

From a recent statement ATT had about 23 million FTTN addresses available, this is down from the 33 million available at the end of 2015 PROJECT VIP within then footprint.

Since 2016 to end 2020 (5 years) ATT has provided over 15 million addresses with FTTP, direct fiber, with what appears to be about 10 million FTTNs upgraded to FTTP.

ATT has stated will add another 7 million fiber addresses during the 2021-2022 build out (3 million 2021, 4 million 2022). This is for 90+ markets within 21 states. A portion of these will be NEW CONSTRUCTION including apartment / condo complexes and single family developments. Another portion will be ADSL2+ IP-CO / IP-RT upgrades and small section of never had UVERSE hardwired service. The vast majority however will be FTTN upgrades, I would estimate likely 5 million of the 7 million during the 2 year built out. If this 2.5 million average upgrade continues it would take 11 years (2021-2032) to upgrade all FTTN addresses.

The better question is when might ATT stop upgrading, my guess is should be good till end of 2025. This completes a 10 year fiber build out (2016-2025) matching the 10 year UVERSE FTTN build out (2006-2015). Would likely reach a similar number of 32 million addresses... however have to consider all the new addresses from construction that did not exist in 2015. Thus some FTTNs will not be upgraded within this time frame.

Only when you see contractors deploying fiber in your neighborhood will you know if you will be upgraded. To reach 400 homes, especially if services are buried, will take several months... plenty of time to consider your options.

AT&T was required to bring fiber to 12.5 million locations by mid-2019 under conditions imposed on its purchase of DirecTV and ended up hitting 14 million around the same time as that deadline.

"We've got the opportunity to convert our VDSL... to fiber-to-the-home" in locations where AT&T already has fiber in the neighborhood, AT&T CFO John Stephens said at an investor event a few days ago

Based on approximately 14 million homes passed, AT&T fiber penetration is roughly 28%. The goal is to get to 7 million, or roughly 50% penetration of current homes passed.

“We have 4 million fiber customers today and our recent fiber expansion gives us 14 million locations to sell into,” said Stankey during today’s earnings call. “Based on our fiber sales experience, we expect to exit 2022 with about 3 million more fiber customers than we have today, or a total of about 7 million.”