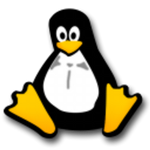 I got one because I have both Uverse U300 & Internet on the same bill. Effectively, as the letter states, that after 23 May 2016 I will have an "unlimited data allowance" on my account and will be able to monitor that on the att.com/myatt webpage. Many times and places it's been stated that less then 5% of ATT customers exceed their monthly allowance. I bet those folks exceed it by a lot. Anyway I speculate that certainly this is a marketing decision but I also think that because ATT Uverse TV is a data consuming service it was simply easier for ATT to swollow that 5% of over consuming customers and just turn it all loose. Trying to deciper internet data from Uverse TV data and police that is just too much to deal with. Any other thoughts are appreciated.

FWIW Internet data consumtion is increasing with leaps and bounds. I've read that raw internet datarate is increasing at between 20% -> 50% per year depending on who you believe. I measure some websites where simply visiting them you get force fed 10's of megabytes of nonsense just opening their web portal page. ( www.bbc.com )

It has been speculated that ATT's actual usage claims are way under reported, and the numbers used are from the past, and do not accuratly reflect present actual usage.

But, they were true as of when they were generated.

As long as the claims are carfully worded, they can use them however they like, i guess.

I do know, in an attempt to free up bandwidth used to provide u-verse tv over internet connections, ATT is activly trying to get their u-verse customers to switch over to directv, since that does not use any internet bandwidth.

Eventual plans are to merge u-verse tv into directv anyways.

Even to the point, either service will use the same set top box to provide content.

> Eventual plans are to merge u-verse tv into directv anyways.

I've seen that too but not all of us is Direct-TV an option. Dishes are not allowed in my apartment complex. This process is moving so fast that even behemoths like AT&T can't reliably predict where this is all going and how fast. IMO eventually it's all gonna be on the net making services like Direct-TV irreverent. All/most/many of the Cable-TV services (ESPN/HBO/HistoryChannel ect ect) have an NET presense and it's going to be quite simple to turn off that Cable switch and simply move to content delivery exclusively over the NET. I wonder how many under 35-year olds are signing up for Direct-TV. I suspect not very many.

Based on your origional post, I am assuming you get u-verse tv, as well as u-verse internet, and as such, you get the unlimited data fee waved as part of the combined billing. (Or, in your case, since you had both already, it was simply automatically applied.)

If you can't get the dish, then in your case, i guess you have to stay with u-verse tv.

In any case, they have future plans for providing directv content over internet connections, obviously including u-verse internet.

Details on what and how they will actually do it are still a bit vague, but they will announce all of it when they are ready to actualy start delivering the service.

You sound good to go, hope you are happy with your present service and what they can deliver to you in the future.