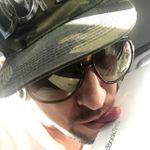 I am looking to move soon primarily due to the slow internet speed...

I live near downtown SF- one would think that means all is good right? Nope, wrong!
I live in a building that is technically, according to zoning code and/or landlords preference, is classified as a "hotel" even though I have a one year lease and there are many permanent residents here that have resided here for years, some of them 10 + years. I've been here 2 years.

When my girlfriend and I started living here we wanted to pay extra for faster internet, but we're upset by the sole internet service being at&t 6mbps service which is pretty darn slow if anyone doesn't know that already. I am often on my cell phone using my Verizon internet because my cellular is faster than my wifi. I need a router though in order to use devices that require an Ethernet connection, hence my forced settling for this archaic internet service.

If anyone from ATT can chime in as to whether they ever make exceptions for bringing faster internet speeds in despite having the hotel designation, I'd appreciate it. I know it's a older building but I have a hard time believing that neighboring multi-unit residences also only have this slow service available to them...I'd really love it if I could pay for fiber but at this point even 20 mbps would be a welcome upgrade.

Thanks for your time.