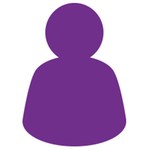 Ever since I have switched to U-verse, which was forced on me since AT&T did not want me to be able to keep my AT&T DSL which worked just fine, I experience intermittent disconnects to the internet which results in my box re-booting. Although when this happens is not predictable, thus intermittent, it consistently happens 1-3 times every month.

AT&T can't seem to fix this problem. What makes this experience eve more frustrating is that I have to repeat an explanation of the history every time I call - don't these guys take notes and put this in your file? One wonders. Anyway, since AT&T is recording my history, I thought I would document it here so that I can point anyone/everyone to this thread for reference.

Since the problem has happened, AT&T has done the following:

While some of these actions result in the problem happening less frequently, none of the actions permanently have fixed the problem. Last week on 10/5 and then again on 10/9 my internet connection dropped and the modem re-booted.

I have a theory that no one at AT&T seems to be taking seriously and shows just how disconnected this company is where one department doesn't collaborate with another department. I scratch my head here wondering how a company can survive working as if they are really separate companies. There is a large AT&T junction-looking box about 3 blocks from my house. AT&T field service is constantly out there doing something and with great predicability when they are doing something in that box I will have an internet disconnect and modem re-boot. I have asked technicians about this box several times and they all confirm that there is old equipment/technology in it, that what is going on inside the box can't scale, and, that fixing issues there can be problematic and even chaotic. My theory is simple: when AT&T goes to this box to resolve a customer-reported issue, whether it is an accident or because of the setup inside in some way, other customers are affected by their actions and thus the disconnect/modem re-booting.

I have made what I think is a very logical and simple request to AT&T: can they please talk to the field service group and see if the outages I have been reporting for the past 6+ months can be correlated to when a field service engineer has been working in this junction box. At least then we can start to narrow the problem down from this angle and either hold-up or eliminate this as a root cause of my problems. The response to my request, one I make on every call I make to AT&T, is that "no, we can't, or don't know how to, talk to field service". This is surprising, amazing and at the end of the day quite horrific!

Since AT&T pretty much has a monopoly on wired internet service in my area (I can go with Xfinity, but I don't want cable), I feel stuck. I telecommute and these outages affect my work (last time I was in the middle of a long edit to an online document).

Does anyone have any suggestions? What is the Office Of The President's telephone # (you can send me privately if you don;t want to send here). I was given a consumer appeals email address that I will also try.

Many thanks to anyone who can help me get a stable internet connection with U-verse!

Your story sounds a lot like my story.  Except our outages are occurring multiple times per day! In the last 6 weeks, they've rewired my house, changed the wiring outside of the house, given us a new modem and the technician even confirmed on one visit that he could see it had dropped 51 times in 5 days.  We used to be happy U-verse customers but the last 2 months have been horrible.

For anyone having connection issues with U-verse, I recommend that you click this U-verse Customer Service link to send a Private Message (PM) to the AT&T customer service team to help you resolve your connection stability issues. You can expect a reply via return PM (the blue envelope   in the upper right hand corner of this site, next to your name and avatar) in a business day or three.  Speed things up by including a concise description of your issues, your name, Billing Account Number, and the best time and way to reach you.

This is a group of U-verse service specialists who are knowledgeable about U-verse and will stay with your problem until the end (instead of forgetting about it when the phone hits the cradle).

Thanks @JefferMC. I sent a PM, referencing this thread for the details. Typically enough (because it did not work) the email address they gave me over the phone, consumer.appeals@att.com, did not work as it was bounced as undeliverable!

We have received your private message and look forward to working with you to get this corrected.

I am going to start recording all future outages here.