Everyone gets our best deals on every smartphone - Black Friday gift deals are still here! 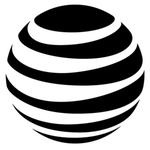 Below you will learn some of the causes of high ping and solutions.

One device can eat up a lot of bandwidth depending on what functions it is running. For example, OS updates, programs like virus protection software pull updates from the internet. Programs are designed to automatically download when you do not know about which means pulling resources. A Telltale sign are service issues at the same time every day.

A while back I was working with a customer, their service would drop or run sluggish at a specific time of day. That told me something was causing it. I asked him to remove all devices and test one at a time to see if a single device was causing the drops. He got back to me later and told he found the issue. He has a music studio and one of his music programs was pulling a lot of resources and was mimicking a service drop.

Multiple Devices and not enough Internet

So, what does “Multiple devices and not enough internet” mean? If means you have more devices than your internet plan can support.

I went to visit my sister and her family. The nephew was complaining about his game (lots of lag), the niece was streaming and her show was buffering, and my sister was using a conferencing tool that was cutting in and out. Their internet plan, 12 down.

Streaming by itself can use around 6Mbps, some games need at least 12Mbps. If you factor just those two items plus the web conferencing, there is no way a 12Mbps plan can support it. A plan of at least 24Mbps is needed. You also must factor the hidden users like my brother-in-law who works from home. He was not online at the time but when you factor him in,  a plan higher than 24Mbps is a must.

Sometimes VPN software, web conferencing software, gaming, and other programs can cause the issue. The best way to determine if there is an issue, stop using the program in question and test your ping. If ping is testing between 0 and 150ms, the software or device you are using is probably the culprit. If you notice high ping and no devices are being used, considering using AT&T’s FixIt Tool.

Learn some of the causes of high ping above.