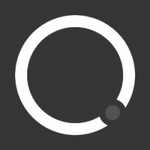 I signed up for U-verse on Oct 28, 2015 and in that time my TV and sometimes Internet go out for about 3 minutes at a time in random intervals.

When I lose TV and Internet, the service light on my Gateway goes off and then in about 2-3 minutes it comes back to green and things start working again.

Sometimes I just lose TV on the main DVR (the other two rooms wireless receivers continue to work and display TV normally). When that happens the main TV connected to the DVR freezes and then in a few minutes it goes black and then shows a message saying the signal has been lost and shows steps to proceed. In that time lights on the Gateway are all green and normal. If I turn the DVR off and then on again (or reboot), it works normally again.

I've called tech support at least once a day since I signed up and I've had a Tech out to the house 3 times. They have swapped out both my DVR and Gateway with older models (IPH8005 and NVG589 respectively) that have "less issues" according to the Tech. That same Tech also switched my signal to a different port in hopes to fix the issue. Nothing has changed. This Tech has since told me that the next step is to troubleshoot my "Account" because he said that's the only thing that could be causing this. I'm not sure what this means or if there is anything I can do on my end to help this process along.

I've read through countless forum posts about my issue in hopes that someone here has had the same problems and found a solution. I've tried so many different things but it keeps happening over and over.

The really strange thing to me is that sometimes I lose the Service light on the Gateway (which shuts down everything) and sometimes I just lose the TV signal on the DVR only (while the rest of the TV's and Internet in the house work fine). It's so inconsistent.

My next door neighbor and neighbor across the street both have the exact same U-verse services that I do. I talked to them and they have not had any of the issues that I'm experiencing.

I had U-verse TV/Internet from 2008-2013 and I had ONE issue in the first week, the Tech fixed a setting on my Gateway over the phone and for the next 5 years I was problem free. In 2013 I had to move into a rental house while we built the house we are are in now (1 block away from our old house that we also built) so I had to use Time Warner... I had TV and Internet issues with TW for 2 years and decided to give AT&T a call. Thankfully I was still in the coverage area (even though their online tools said I was not) and decided to switch.

I have no idea what to do next. I do know that I WILL NOT ever go back to Time Warner (which is my only other option).

Also, I have to say that AT&T support has been excellent. Every time I call, the AT&T staff is extremely kind and is truly trying to fix my problem without condescending or stupid procedures like asking me if things are plugged in or on the right input.

P.S. When U-verse was working for me back in 2008, I LOVED IT. The channel groups are logical,the channel selections are excellent, the UI is simple and intuitive...

@qraygcom  If you happen to have a 510/589/599 Arris/Moto RG, IPv6 causes disconnects, rebooting and browsing problems.

Sorry, I should have mentioned that I made sure IPv6 was off when I first got it installed. I read the MANY posts about how it should be off.

The issue for me has finally been resolved. The second tech swapped out my "card" at the main junction point and I haven't had a problem since. I'm not sure what this means, but my service is finally working properly.