I am using a 5268AC router. Since about last week, I have been experiencing random, intermittent drops of internet service lasting no longer than 30 seconds. I notice them almost exclusively when gaming, mainly because the drops are just long enough to disconnect me from any chat and game server that I am connected to. I have not noticed this significant/abnormal issue while consuming any other media or doing anything else on the internet (video calls, ParSec screen sharing, etc). I have an Xbox and a gaming PC both ethernet connected via a powerline adapter. I have never experienced these problems before with said adapter. My immediate belief was that I was seeing a problem with the powerline adapter, but I have reset it, checked the firmware updates, and changed ethernet cables to no avail.

In order to try and isolate the issue to the powerline, I ran ping tests on my laptop connected via WiFi and on my PC to see if the disconnect problem manifested simultaneously. At the exact same time that the internet dropped on my hard-wired Xbox and PC, the internet also dropped on my laptop for that brief window and then immediately reconnected. So it appears to be an issue impacting the entire service, not just the powerline. In summary, the following devices all experienced an internet outage of 30 secs at the exact same time: An Xbox Series X (ethernet), a PC (ethernet), a Macbook Air laptop (wifi).

Other things I have tried:

Not sure what to do about this or what could be causing it. Any suggestions on cause and how to fix it

Check your Gateway's connection statistics at http://192.168.1.254/ on the Broadband tab.  Depending on the model of Gateway you have, your error count table may be more or less useful.  Take a screenshot of the error table and the table that shows the sync rate, attenuation, and noise margin and past it in a reply.

Thanks for your help, I have pasted what I believe you are asking for below. 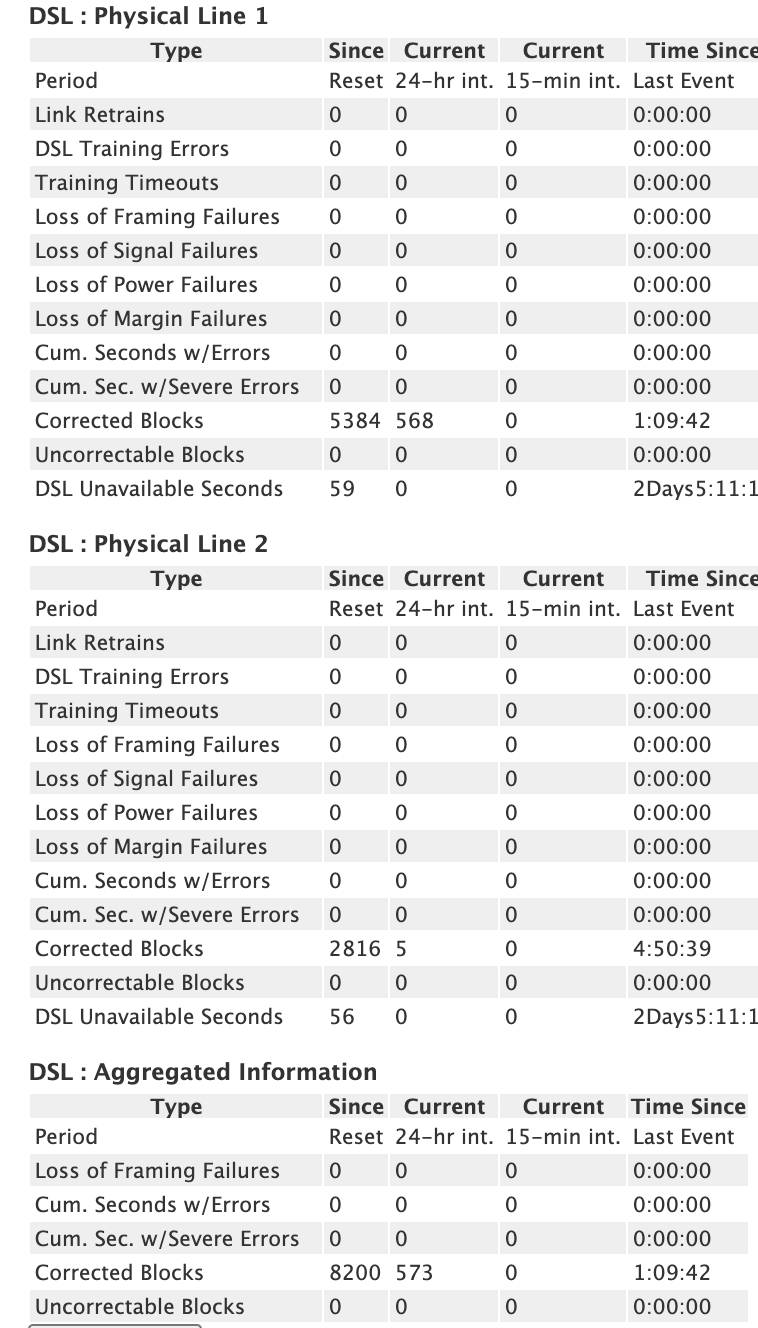 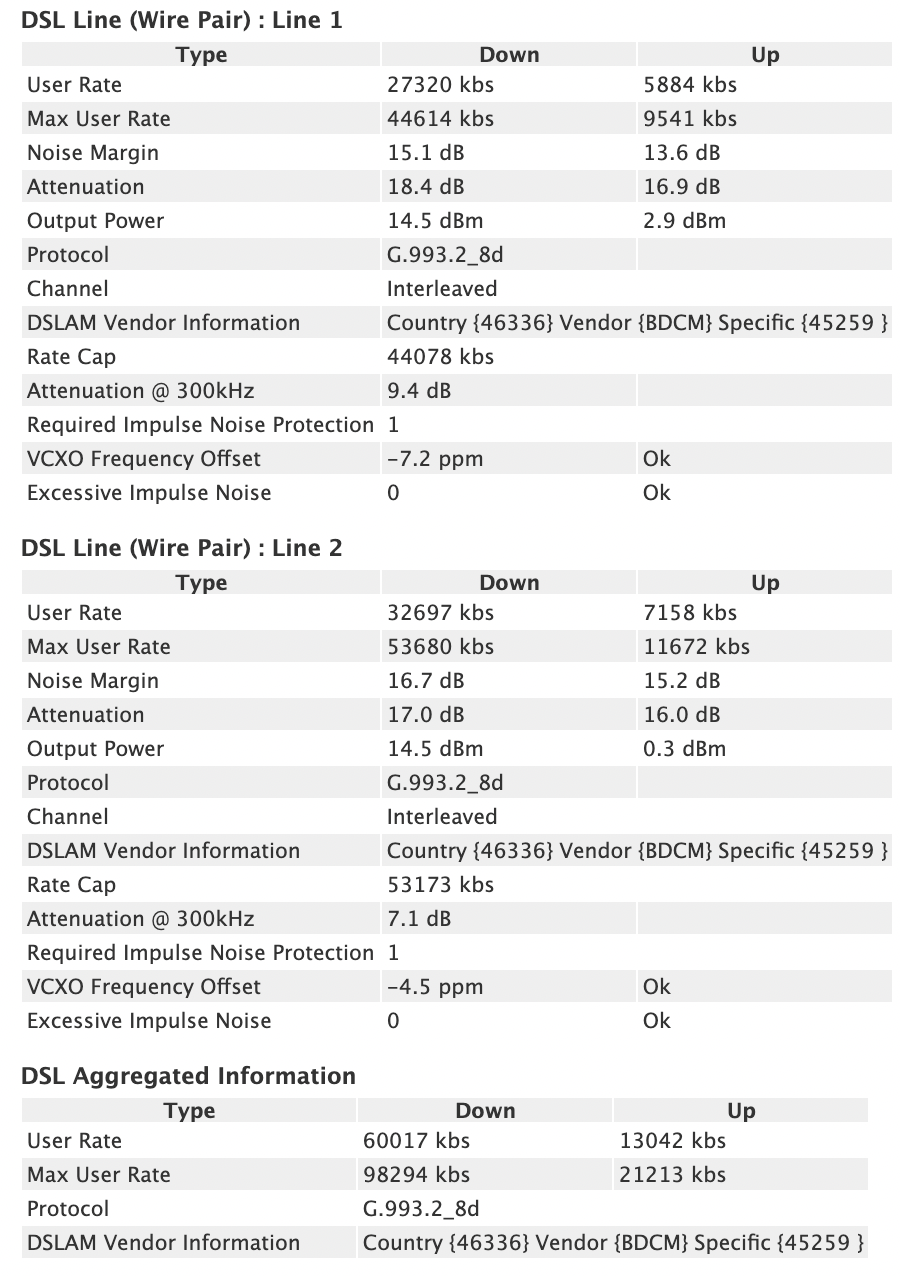 Yes, that's it, thank you.  Your error counts are quite fine.  Your dual-pair service lines look great.  Your Gateway is not losing its connection to the network.  So, what is happening?!  Hmm...

1) Do you get any message when the pings fail, or just "Request timed out"?

2) Let's try another test.  Do a tracert to somewhere (like 8.8.8.8).  The first hop past your gateway is the router your gateway connects to.  Start a continuous PING on that.  We want to see what happens on that ping when you lose connection to the other IP you're pinging.  You might also do this to the Gateway's IP (192.168.1.254).