I have Uverse for Internet & television.  I have the 2Wire 3800HGV-B.  I am trying to work from home using a customized version of Linux that has specific security features installed to meet the security needs of clients.  The application is called Workbooth and used as a VPN.   Workbooth has known problems being compatible with 2Wire due to the applications requirement to use NAT/DHCP.  I am not a technical person, but it is my understanding that because the 2wire is a modem/router combination with its built-in NAT/firewalls, the W2wire cannot be truly bridged-out as suggested by Workbooth’s tech support.

Someone suggested that I install a separate router to act as a bridge or to avoid the 2Wire’s routing, but how can this work if the 2Wire cannot be truly bridged-out?  I would assume I would still run into connection issues with the application?

Then I spoke with techconnect via Uverse tech support& they asked if I could obtain the specific “ports” to open from Workbooth’s tech-support.  Does that make sense?  Would that allow me to avoid installing a separate router?  I’m confused!  Again, I’m not a tech-person

To give you a better understanding, below is the Workbooth tech-support response:

With our network requirements, you really need a separate modem and router setup to stabilize the VPN/Workbooth connection and, with the 2wire gateways, there a lots of candidates and agent that had connectivity issues using it. With your ISP tech, the ports that they are trying to say is, if you will be creating your own VPN ( which is not, because you’ll be accessing our own VPN). About bridging modem/gateway, it’s a must if you’ll be using a router, this enter the issue with NAT ( Network Address Translator) there should only be one device/box that runs it, in layman’s term, it like having two traffic lights in a one way street.

It sounds like there is no way to establish a stable connection with Workbooth/VPN using my RG?

You cannot truly bridge the 2Wire gateways, but there are methods that will likely enable this application to work correctly.

See the following post for instructions to set up your own router using the DMZPlus feature:

Thanks for the instructions. I have read through the post you linked, and I am having the same issue that one of the previous posters had and that is when I follow the instructions and get all the firewall settings correct, I get the external IP on my internal router, but my computer connected to my router doesnt get internet. I have it on a different subnet (192.168.2.x) than the 2 Wire, but no luck there. I have reset the 2 Wire a couple of times and followed the instuctions again to put in all the firewall settings, etc, but to no avail.

I am attempting to setup a server at home that I can access externally using a VPN, when away from home over the internet. Am I in the right place? My router is a Linksys Cisco WRT310N. Any help you can offer will be appreciated.

Check your own router's configuration carefully, make sure that it is indeed defining a different subnet for it's LAN than the 2Wire is using. Also make sure that the WAN interface is getting the external address via DHCP.

If your own router is an enterprise class router like a Cisco or Juniper, make sure NAT is properly configured.

Lastly, check the computer behind your router, make sure it's set to DHCP so that it can get an IP address from your router.

It seems that my router is not getting the external IP address from the 2wire. The status page is showing all zeros except for where I typed in the DNS addresses. This is confusing to me because the IP address allocation page shows the IP address assigned to the router but the status says "not connected", but I have triple checked the physical connection. 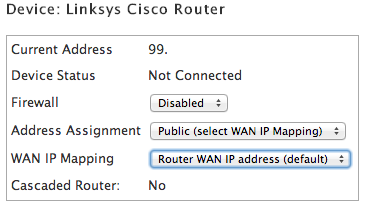 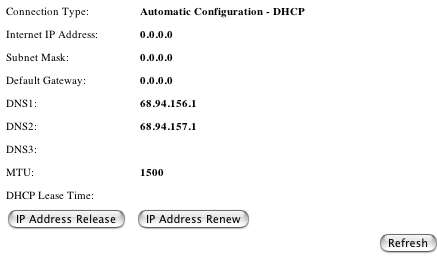 I must be overlooking something obvious. I have started from scratch twice to make sure I followed the post, but maybe something didn't take. Any suggestions?

I must have had a bad cable or connection or something. I restarted both devices, used a new ethernet cord and plugged it in to a different LAN port on the 2Wire and that fixed the problem.