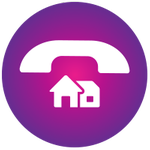 My grandparents and I have had at&t for over 3 years now. At first, we started off with U-verse and then we transitioned to just internet. I was unaware on how much they were spending on internet and noticed that our speeds were rather slow, so I took a speed test.

My grandparents pay nearly $70 every month for this speed. It’s honestly very disappointing and I feel because they’re unaware of their options, they’re being mistreated. My grandfather would rather stick to paying more than complaining, because that’s just how he is, but after showing him the test he realized that this is ridiculous.

Just as a comparison, I tested my data plan with Verizon, which I pay $50 a month for. I didn’t think it would be that much faster, but I knew it would be a little bit. These were the results:

It would be amazing if we could just get more than a sliver for what we pay for. On the ATT website it shows that for $40 you can get up to 100 megabytes, and we pay $25 more than that and get this. Please give feedback and let me know what we can do to get this sorted out.

Your family is likely on an old account with VDSL service (upload is higher than 1, less than 1 is ADSL2+)

These accounts would be paying standard retail prices if still on same account.

The pricing stayed flat for about 3 years then was raised $3 sometime in 2018 bringing 6M internet to $55 plus $7 equipment fee.

an additional price increase occurred in 2019 for  those no longer in promotion or promotion expiring...

If they do not call and enter into a new 12 month agreement they will continue paying the standard rates.

Or they could cancel their service, return the gateway and sign up for new customer promo ($99 installation) for best speed address can support from 10 to 100 for $50 for 12 months, then $60 after 12 months.

Note if keep current account and try to increase speed will be charged the rates available at time account was established thus paying more plus still paying the gateway fee. To remove gateway $7 or $10 need to cancel and become a new account, This means several days without internet service between the cancel and new installation.

Alrighty, will do. Thank you.