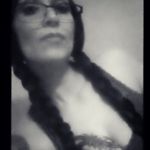 So here we are some 30 odd days laters and still no internet and today being my last day to pay or I'm getting disconnected for good which I probably should just let them do since this is gotten to the point where I'm just speechless and that hardly ever happens..... as we all know but 30 some odd days I was suspended and disconnected yet still accruing data & nobody knows how to answer that for me and after weeks and weeks of trying to get this sorted out I finally went ahead and borrowed the money that I was told that I needed to pay even though I was promised up the ying-yang that that would be taken care of and of course was NOT  honored and lo and behold after going in store and talking to several reps I was told I had to pay double to get it restored even though the lady I talked to  on Friday stated that it would be okay to do the 49 and now being told that she wrote in 89 and because that was overridden which to begin with I was told that that couldn't happen but yet it did.....once again no leeway whatsoever so here we are at .11p.m. I finally got enough after spending most of the day borrowing the rest of the cash needed to restore my services which I was told by the accounts receivable manager that she guaranteed that as soon as full payment was made my services would be fully restored immediately guess what 11:15 p.m. full payment was made at 1030pm and no services....not only am I paying for services I did not receive in the month that I was suspended but now I've paid in full I did not want to do since my reason of being in the situation is due to the lack of responsibility for what has been said to me  in writing to be fulfilled  (which I'm sure there's a clause or loophole regarding  verbal contracts between a company and customer in the fine print )here we are now 1130pm still no service.    Maybe I'm so irate that I'm missing something can somebody please point that out.... this is beyond ridiculous over 30 days with no service due to an employee error  yet I'm paying for it...literally and no service  Ahhhhhh @ATTHelpForums @ATTHelp @attsupport

UPDATE -----' its now almost 2am. And yet IM. STILL without SERVICE . WORDS cannot describe how livid I am ......not only that I just paid for services I did not receive and not used but still accruing data but I paid in full and was told that as soon as payment was posted which was posted at 10:45 my services would immediately be turned back on we are now at 2 with no services this is completely unacceptable  employees need not mislead their customers by promising and guaranteeing stuff that could not be done...... 37 days with no service over continuous promises that were never going to fulfilled I was trying to make arrangements since March 8th if it wasn't for Representatives continuously offering up a credit telling me not to worry about it because of my inconvenience, I was going to be compensated ,I would have taken care of it March 8th not April 10th with still no service because ,  silly me took the word of rep... As consumers we are forced and obligated to fulfill our end of an agreement or services to be lost or terminated.... Shame that its not a equal obligation .  I NEED MY SERVICES,,