How to contact AT&T Local Fiber Team to check availability

The California Broadband map shows AT&T Fiber 1000/1000 is available at my address andup and down my street. I've checked https://www.att.com/availability/ and it says service is not available. When I call the ATT Internet Sales 800#, they look up the address and say its not available. I'd like to find out how to talk to someone in my local area who can confirm if the service is available and/or how much it would cost to extend the service its not built out yet as I believe it is less than a block away and could be easily extended. 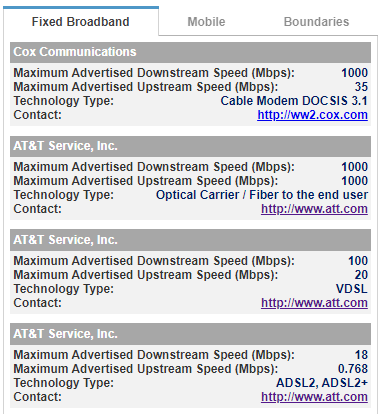 Maps like you refer to are not always accurate. Put in the address on your left and right. Do they qualify for fiber service? If no, then you cannot get fiber either. If yes, call att and request an address validation. You can also do it online

That appears to be a listing of ISPs offering hardwired internet service for the zip code, not a specific address.

Note that ATT is listed (3) times as they offer (3)different internet platforms, but only (1) platform would be available for an individual address.

The more recent FTTP deployment had reached over 15 million locations by end 2020 from 2016 start. Another 15 million is scheduled to be available by end 2025.

With about 80% of all residential addresses being hardwired (60 million) leaves 20% with no hardwired option (15 million) only 4G LTE, 5G or 5G+ where available.

if you and your immediate neighbors do not have ATT hardwired internet option , then wireless service would need to be considered along with cable, satellite, and other cellular carriers.

BROADBANDNOW.com will provide a list of all ISPs by zip code, not address.

and/or how much it would cost to extend the service its not built out yet as I believe it is less than a block away and could be easily extended.

I called AT&T to do an address validation and was given a ticket # by a guy who said he would have someone in my local area validate if service is available, etc. He said he'd call me back once he had an answer but never heard back. I've tried twice to check on ticket results but the reps don't seem to care that I have a ticket number and do a quick regular online address lookup telling me that its not available according to their system.

I've filled out the Address Research Request twice now. Once a month or so ago and again earlier this week. I'm not holding my breath that anyone will contact me.

I'm wondering if there is a better phone number to call for situations like this instead of going through the typical call center 800#.

@my thoughts I'm quite familiar with the difference between zip code lookup and specific address lookup. Here's another photo showing the AT&T Fiber Coverage map that my address happens to be in the red area taken from the BroadBandNow.Com website just to provide another data point.  (And yes, the selection on the bottom left of the image is Fiber not IPBB.) 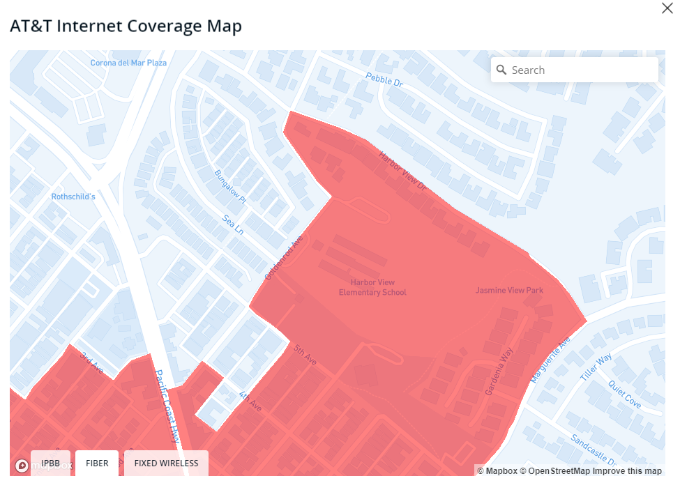 I'm just looking for the AT&T group that can properly look up the address and give me information if the map is accurate and/or how to order the service.

The houses on either side of you, not across the street, have fiber 1000 service available?

Call the customer service number. Between 8 and 5. Say cancel services or retentions. Talk to that group. They may be able to look up your ticket.

@dave006 I contacted the AT&T business office and they provided me a quote to install AT&T Fiber service at my residential address but the pricing was outrageous compared to residential service. I confirmed multiple times with the AT&T business rep that Fiber Service is available on my street.

She only quoted the Monthly Reoccurring Cost (MRC) (~$1700) in the proposal so when I asked what the Non-Monthly Re-occurring Cost (NRC) would be, this is the response I got:

The only real NRC’s are those associated with the initial build out of the circuit. However, AT&T believes in its ability to provide the fastest and most reliable speeds through this service so we cover the first $10k in construction costs. Upon the completion of the free site survey, we will have a better idea of how much construction costs are as well as how quickly we can get the circuit installed.

@browndk26 I checked all the houses on my side of the street (its a single loaded street so there aren't any homes on the other side on my block) in the California Broadband Database and they showed the same results that AT&T 1000/1000 Fiber is available at the address.

I'll try the retention group on Monday and report back.

The business service is not relevant here as it would be a dedicated business fiber circuit that would be installed for your sole use at the outrage price you indicated.

You don't care about adjacent streets only your street. Please confirm that both addresses on either side of your address qualify for Fiber 1000. It is a easy question: Yes or No.

Next do you have aerial service or buried utilities? And just to confirm you do live in a single family home and not a MDU (Apartment building)?

The address validation form takes about a month to be processed at this time. Did you complete the online form that @browndk26  posted yesterday and did you list the addresses on both sides of your address as qualifying for Fiber 1000 service?

@dave006 Single family residential, buried service.  Almost all of the addresses on my street come up with the same message "Looks like high-speed internet isn’t available at your address" when I check them against the https://www.att.com/availability/ database. 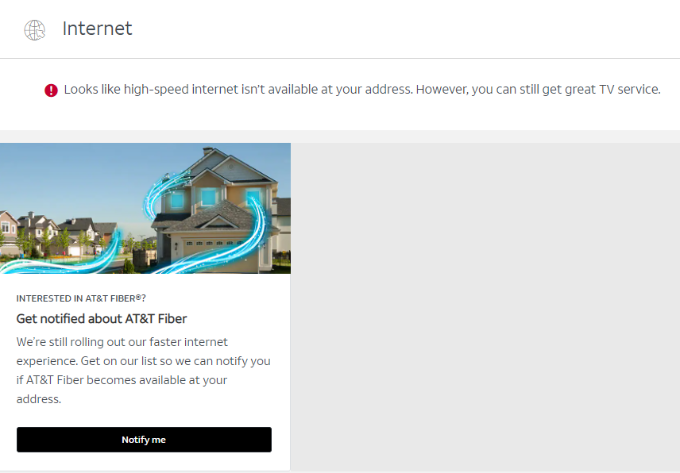 The address two doors down has the option for 768Kbps! 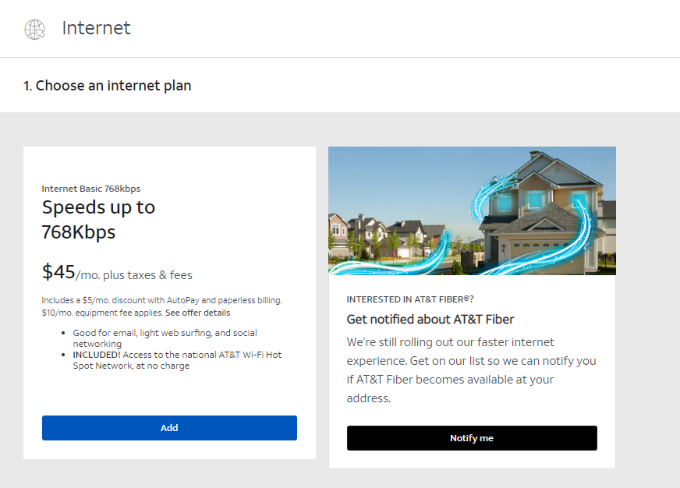 I filled out the address verification over a month ago and again earlier this week. I did not list the addresses on both sides as having service since I can't confirm that they do.

Your address validation will come back as no service available. Either att skipped your street during fiber deployment or your

Look on your street for in ground boxes like these. If none, then you are out of luck. 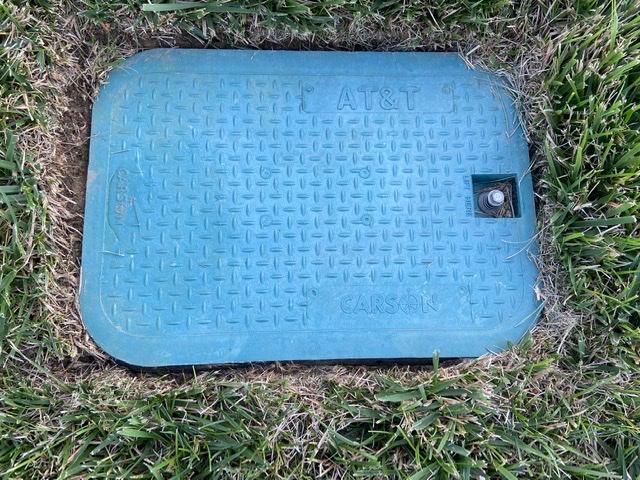 Besides the fiber hand hole pictured above there is also aerial fiber terminals looking like fingers pointing downwards at a 45 degree analgesic and fiber ground pedestals which have round tops with square bases.

Do you have any of the above within 500 feet, the max distance for fiber drop. Most are every other lot.