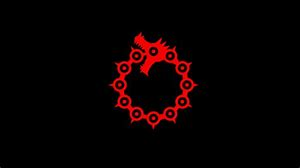 so has roll outs stopped?  I'm looking at the map of fiber and its just around major cities. it denotes green and blue blips in the map legend green meaning "good for you you got fiber" and blue meaning " good for you fiber is coming "soon"" on the map there is no blue blips.   im here for the people who already took the time to spend the hours on the phone and the relatives who work on the lines, you would think they would post a bi-yearly roll out plan for areas of states where their focus was to install fiber. i cant imagine a company as big as ATT not having a plan of action when i came to the fiber roll out, what do they gain by keeping it private.

The rollout has not stopped. But they only show where it currently is, not informing us of their plans as that is internal use only. What they gain by keeping it private is anyone's guess. Mine is this way they don't give wrong expectations by taking longer than stated or plans changing resulting in notified areas actually not getting it.

However it does seem they are prioritizing new developments over upgrading existing ones or expanding to rural areas.

Since it will probably take years (if never) for fiber to reach you, best to compare other providers if your current internet is not working for you.

Fiber expansion has not stopped, after hitting 14+ million addresses in 4 years (2016-late 2019) when only 12.5+ million was promised, ATT exceeded the target goal (condition of buying DirecTv summer 2015) by 10% there was a slow down in 2020 only adding 1 million additional addresses.

With start of 2021 having 15+ million addresses with FTTP availability, ATT announced plans to add 7 million additional fiber locations (almost 50% increase) during 2021-2022 build out within 90+ markets in 21 states.

While a percentage will be new development construction within ATT footprint, expect a bigger percentage will be MDUs or Multi Dwelling Units of apartment / condo complexes. Existing MDUs of 3.8 million is about 25% of all fiber deployment.

If this continues expect another 1.7 million to be added during this 2 year process bringing MDU total 5.5+ million addresses out of the 22 million to be available at start of 2023.

Some zip codes (areas) will be over 50% and others will be less, but considering that currently a few zip codes are over 90% FTTP while others are less than 5%. Expect some changes over the rest of the first half of this decade from direct fiber, 5G and 5G+ cellular service and new satellite internet service would expect most addresses will have at least 100M internet option over next 5 years.

The questions to ask about ATT FIBER...

Are you in a market where ATT is the ILEC... 80% hardwired 20% serviced by cellular internet. IF yes, better chances than if not in an ATT ILEC footprint.

Next question, is ATT FTTN service available at your address... FTTN supported UVERSE IPTV service and offers speeds of 100/20, 75/20, 50/10, 45/6, 25/5, 25/2... these have a greater percentage of being upgraded to ATT FIBER as fiber is already to the VRAD on FTTN, just need to place a PFP and cover the last distance copper with fiber.  I would guess a large percentage during the current 2 year build (up to 5 million addresses) will be from FTTN. However as there are about 24 million FTTN addresses the chances of being a part of this upgrade is 20% (1 out of 5) if have one of the above speed tiers options.

IF FTTN service is not an option can you receive ADSL2+ internet of 18 or less with the 1T data cap? If yes, may still be upgraded just less likely than FTTN as there is no fiber in the neighborhood.

If ATT service, is it provided from a pole or buried underground? As aerial service from a pole can be installed faster and at least cost, better chance of receiving fiber.

How dense is the population? The more addresses within small area is lower cost, small lots, apartments, etc are better ROI than large lots in more rural areas. (use 2.2 people per address when viewing some numbers... example population within defined area of (my zip code 53188) has about 35200 people with 14825 addresses for average of 2.37 people... currently ATT direct fiber is available to 22.8% of addresses (3380 out of 14825).

I expect that number to increase over the next 5 years to about 7400+ addresses, slightly less than 50% as by then total addresses will be over 15500 at current growth rate.

The reason I was given for this was the aggressive AT&T rollout was to compete with the planned Google fiber rollouts, but when Google terminated their rollout program, there was no longer an incentive for AT&T to invest the extra costs to rollout it out in existing neighborhoods.  Additionally the neighborhoods selected were based on economics, so the higher income areas were the ones that got it.  It my neighborhood’s case, there is a lower income area that backs up to the middle class area I live in, and apparently half of my neighborhood, including where my home is, is on a connection shared with the lower income area, which is why we weren’t included in the fiber rollout with the rest of the neighborhood.  Pretty nasty move by AT&T, but there is nothing that can be done about it, and basically we are just stuck with cable internet or Max speeds of 25Mbps over AT&T’s traditional copper lines.

Higher income doesn’t mean they are first to get fiber. In my area, aerial fiber was installed first. Sub $100,000 homes have fiber access. $350,000 homes nearby with underground utilities are just now getting fiber. Last major rollout was 4-5 years ago here. More fiber is being rolled out again. You might get lucky and get it. If you have to have fiber, your only option is to move to where it is.