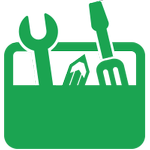 We were moving to a new house and had scheduled our appointment the morning of the move so that we could have the wifi up and running the same day of the move.  This is extremely important as our baby's video monitor is powered by wifi and without it it does not work.  This is why we scheduled when we did.

The service was scheduled between 11-1.  The technician did not show.  Around 3pm he finally called to say he would be even later and asked when was "too late".  I said the baby goes down to sleep at 7 so it would need to be done before that.  He said that was not possible.  Because our hands were tied we agreed to reschedule for the next morning between 9-11.  The next morning approached and he was STILL A NO-SHOW!  I also started getting emails from AT&T saying that my account had been closed and asking me to return the equipment????  I called AT&T but the office was of course closed (Sunday) so I chatted with an employee via text.  He informed me that there WAS NEVER A TECH SCHEDULED FOR THAT MORNING.  The technician had apparently lied directly to me on the phone about the rescheduling and had never even intended to show up to EITHER APPOINTMENT!

The other employee, with whom I was in the text chat, told me that the next available installation appointment wasn't until 5 days later.  This was unacceptable since that meant nearly a week being unable to properly monitor our infant at night.  Why AT&T would neglect the appointment that was scheduled FAR in advance and then not lift a finger to get someone out their to fix the mistake ASAP is beyond all comprehension.

We are obviously moving all of our business from AT&T but I do want to make sure that a formal complaint is filed against the technician that was assigned to our install.  First, for not showing to the original appointment, and secondly, for making a completely fraudulent appointment with us for the next day which he obviously had no intention of ever honoring.

I tried to call in my complaint but after 1 hour and 45 minutes on hold I had to go into a meeting.

Please let me know how to file my formal complaint ASAP.

there isnt a way to file any kind of formal complaint