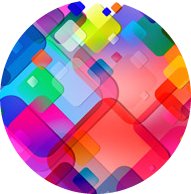 AT&T said Fiber Internet service was available for a house and allowed us to sign-up for service, but continues to delay installation.

My wife and I were looking at houses to rent or buy. We frequently used the search tool at https://www.att.com/buy/broadband/availability.html to see if a house had AT&T's Fiber broadband service. We found a house and checked Internet availability using the link above. AT&T said service was available. We rented this house and I signed up for the AT&T Fiber Internet 300 plan on 06-22-2022. I scheduled the installation for 06-28, but rescheduled for 06-29.

My wife drove over an hour to be at the house for the installation and nobody from AT&T showed up. Unfortunately, it seems that this AT&T pattern of behavior is not uncommon. Others in this new neighborhood have apparently experienced similar issues with AT&T allowing them to sign-up for service and then delaying installation for weeks/months.

During the week of 06-27, I chatted with & called AT&T support more than once and was told that the estimate for the problem to be fixed was now 07-15. I also found out my left next-door neighbor at the new house has the AT&T Fiber 1 Gig plan and it works fine.

I spoke & chatted with AT&T a couple more times – they stuck to the 07-15 estimate. On the evening of 07-15, I filed a Better Business Bureau complaint for the lack of having my Internet service installed, AT&T allowing people to sign up for service and then giving them the "run-around", as well as the financial and other hardship caused by them for us as a family and trying to work from home without adequate Internet.

On 07-18, an AT&T technician was at my right next-door neighbor testing the fiber lines. He said the fiber was testing fine and he didn't know of any problem for us or the area. He said he called the office and was told 07-22 was now an estimate of the alleged problem being fixed. He told me that he honestly thought he was being lied to. That same day, I received a call from a Paulette at the AT&T President's office responding to my BBB complaint. I received another two calls from Paulette on 07-19 & 07-20 asking questions related to confusion over the service location.

On 07-18, after my first call from Paulette, an AT&T car pulled up across the street and sat with the car and A/C running for 30-45 minutes, but the man in the car never got out and then drove off.  I have no idea what that was about.  It seemed quite odd.

On 07-22, I chatted again with AT&T support, but nothing had changed.

As of today, 07-25, nothing has changed and we still have not had AT&T install our Internet service. This is completely unacceptable and it sure seems like AT&T is just jerking us around.  I just finished filing complaints with the FTC and FCC.  I am not trying to be difficult, but AT&T needs to step up its game.  Again, it is quite hard to believe there is any legitimate problem getting my service installed when my next-door neighbor has AT&T Fiber 1000 (1 Gig) Internet service without any problem and we share the same fiber tap on the front lawn.

@Constructive That is not the issue.  I never complain about I have service, but am upset about not having faster service.

The issue is allowing people (apparently many people) to sign-up for service saying it is available and to buy or rent houses based on what AT&T says, only to find out that service is not available and/or to give the customer the run-around around for weeks or months without providing full disclosure or adequately communicating.

In my case, there is the question as to what, if any, real issue is present.  When you work from home and bought or rented a house based on what AT&T stated, the delays become even a larger real issue.

AT&T contractors f-ed up the front of my yard trying to upgrade to fiber optics, got their permits revoked by the city for cutting too many water and sewer mains so the mess is left without the upgrade. They even cut the existing AT&T cable leaving customers without service for two days while it was repaired.  In the meantime they cutoff OANN from our cable line up.  Now they are raising my rate again without the fiber optic upgrade.   AT&T I'm going to learn to cut the cable; already got a ROCU TV and with 5G other providers are coming on line for the internet signal.

You've now learned a valuable lesson.....when you have to choose between what an AT&T phone "support" person tells you vs what you see others reporting as real world experiences on this forum, go with the latter. 😁

There are a few pieces to the puzzle that is a fiber connection.  Even though one of the pieces, your shared tap, might be fine, there are more pieces up the line that could be affecting the ability to hook you up. It could very well be some part is on backorder (a massive problem for AT&T right now because of Covid shortages) or there might not even be an open port to connect you to back at the local PFP box.

The issue is that the people in control of these various pieces don't communicate with the people you and I can talk to.  So the phone reps really have no idea what's going on, just as that sales rep who wanted to show up to try and sell you more services had no idea there was a problem.

The field tech was probably your best bet to get good info but I suspect since  you sorta hijacked him from the job he was there to do he didn't dig too deeply into your local hardware situation.

Is there any evidence that the previous renter had AT&T fiber?

To be clear, I never spoke or chatted with AT&T before signing up for service.  I used the availability tool and (foolishly) relied on that.  Granted, I was moving from a different area more than an hour away that has wonderful Fiber Internet service provided by OptiLink.us and EPB.com (local utility companies).  So, I'm used to if they say it is available, it's available.

Yes, it could be a part that is on backorder or a lack of an open port.  Even when you speak or chat with the AT&T technical side, they keep it quite vague as to what they are running into.  I understand that having working fiber in my front lawn is a big piece of the puzzle, but not the only piece.

I'm not sure what you are talking about when you mention a sales rep that showed up trying to sell me more service.  I did get a call to confirm the initial installation service and that someone would be at the house and that guy did try to sell me other services.

My other next-door neighbor apparently has their installation order on hold/stuck too and the field tech was there for that.  I just asked him when he got done helping her if he could tell me what he knew or suspected in light of my situation.  I didn't hijack him.  Either way, I got the impression that that neighbor is in the same boat basically as I/we are.  But, I agree and understand that due to his job schedule, he didn't and really couldn't dig too deeply into what is really going on and/or what the problem is.

Though this neighborhood is not that new, some of the houses in this part of the subdivision are 7 months or so old.  As far as I know, AT&T fiber is ran/installed all around here.  My next-door neighbor that has AT&T Fiber 1000 (1 Gig) Internet was the first one that moved into this part of the subdivision and nobody had lived in that house before being a relatively new construction.  Nobody has lived in our house previously.

It sounds a bit stupid, but Paulette from the AT&T President's office asked mostly questions on behalf of the engineering/construction team related to the actual house address/location because Google Maps and Waze, for example, still do not have this street properly in their databases.  Instead, they want to reroute the address to an old side street that our street branches off of.  Our street is on Apple Maps and the USPS, local utility companies, and garbage/recycling companies do have it in their databases, but it is still new enough to cause some problems depending on the database used.

Yeah, I understood that you didn't speak to anyone prior to ordering.  I was referencing your subsequent contacts with AT&T people.

The call you got the day before where you said they tried to sell you additional services sounded to me like the work of this new AT&T procedure where a second AT&T person shows up at your house supposedly to make sure the installer does a good job and you're up to speed on some of the details.  I think their primary purpose is to sell you stuff.

Base on the new info you provided, it definitely sounds like a "facilities issue", either because of the confusion over the address or a parts issue.  I wouldn't discount Paulette's focus especially when you add in that incident with the AT&T person sitting in his car.

I hope this gets resolved quickly for you.  🤞