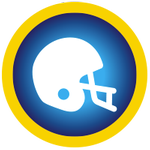 Wireless and Wired connection issues on the 50/50 fiber plan

I switched to ATT from comcast for one reason, the presumably reliable fiber connection. After about 5 months with this service I am just about ready to switch back.

I both work from home and am also a gamer, so rock solid wired and wireless connections are a must, and this is by far not the case.

I lose internet connection while on wireless, both on my MacBook pro and my iPhone 7+. From what I can tell it is random, I am doing my work which requires me to make quick trades and when I go submit my order, poof, the internet is out. I actually just got disconnected again while typing the last sentence.

As any gamer knows the best way to game is with an ethernet cord, so that's how my ps4 pro is connected to the ATT Pace 5268AC. A lot of people's opinion is that the console's speed test while using the "Test Internet Connection" is unreliable, but just to throw the numbers out there I'm getting about 53mbps down and 7mbps up, but that's not the problem, latency is. I was hoping to see ping in the teens with this fiber connection, but stable 120+ ping on rocket league and constant stuttering on fortnite is simply unacceptable given the quality I should be getting with this service. My samsung 4k tv is also wired in order to get the most out of streaming services, but now even netflix is giving me errors after trying to start the next episode of any show.

I have called to complain about this, I was instructed to restart my gateway and all of the normal steps, they told me everything looked good on their end, but I'm still disconnecting, my ping is still high, and netflix still won't let me go straight into the next episode.

I hope someone can resolve this issue for me in the very near future, otherwise I'll be happy to switch back to comcast, 10 times out of 10 I would keep my old 40 ping and a stable connection over this.

Let's see if we can get those speeds up to normal!

How long has this been happening? Is the router connected to a surge protector?

Hope to hear back soon!