Pace 5268 and IPhone wifi calling - so many issues

I have a fairly new fiber install running with the 5268 in DMZ+ mode with a Unifi USG pro and 2 UAP AC Pros. Everything works ok except for iPhone VOIP calls. I've spent an extraordinary amount of time on forums reading folks with the same issue. Most everyone either dumps the Pace modem for another or finds a way around it.

Issue - when I receive a call on my ATT iPhone XR the calls keeps failing after 20-30 seconds. Turning wifi off it works fine but i only have coverage by a windo. If i make a call out while on wifi, it works fine for ~15 seconds, then I cannot hear the person on the other line, but they can hear me or vice versa, i call someone and they hear me for 15 secs and then nothing, i can only hear them.

I wasn't really sure where to start, googling around other people say they had issues with the Pace. I saw somewhere else that i should ask for a new modem but it worked fine before i started with the USG. If anything i'd just dump it and go back to the PACE which is garbage but everything worked.

I called support today to inquire about a new modem to try. They told me my bill would go up an additional $7 per month if i were to replace the modem. Doesn't a whole lot of sense and i'm not about to fork over more money.

We are here to help?

Are you experiencing the call dropping on all devices or just your phones?

We suggest that you look at this article on AT&T Internet Troubleshooting.

Let us know if this works!

If you want to try it here's the LINK

And that's (Edited per community guidelines) about the modem charge. The Pace is "broken" so they need to replace it at N/C. You might need to insist on a truck roll as the Arris BGW-210 is usually only available on the trucks. Now, with that said, the BGW will fix the wifi calling issues but it's not without its own set of problems.

Since you've been researching and seen the "way around it", that's probably a better solution in the long run (because I don't see AT&T getting a working gateway any time soon).

Thanks for your feedback!

Just had my old pace with the 10.5 firmware downgrade burn out after 3 years if no problems with a unifi network setup behind it. ATT sends a "new and improved" 5268 - and now wifi calling is broken, and it wont accept a firmware downgrade. spend an hour on the phone with a "tech" who said she downgraded the firmware for me - she didn't and then transferred my call to a busy signal for advanced support. I don't think I am going to give up on getting a BGW just will keep calling every day, unfortunately this means standing by a window as my ATT iphone doesn't get a signal inside the house. what a waste of time and energy.

I have home phone system that is provided by AT&T Uverse. I have no problems with it. I am also a remote worker from home and have an office IP phone that connects to my company's phone network over my AT&T provided Uverse internet (fiber 1Gig). The connection is through the Pace 5268AC. Behind the Pace is my Edgerouter.

When I changed from my previous ISP to AT&T, I had no intentions of allowing AT&T's hardware to manage my Firewall, NAT'ing, routing, etc. I was told prior to the sell that I could configure the Pace in DMZ+ mode and I would have no problem. I received the modem & service and configured the modem in DMZ+ mode with no problems.

After a couple of days, I started to notice that my IP phone would not connect to my remote office's phone network -- sometimes. It was sporadic. Sometimes it would connect and sometimes it wouldn't. Sometimes I would get calls, but they would drop after a few seconds. Somes the person on the other end couldn't hear me talk but I could hear them.

I must have spent about 5 man-days trying to figure out what was going on. It was driving me crazy and I had a personal vendetta to figure it out. I thought it was a problem with my company's phone system. Then, I thought it was a problem with the Pace. I worked with AT&T support and they weren't much help except to send me a new Pace. Of course, per AT&T support it was a problem with my equipment (the EdgeRouter) which I quickly disproved by connecting the phone directly to the Pace and had the same issues. I don't think it's AT&T's technical supports' fault. They just don't have training in more advanced problems such as this one.

By this time, I was getting suspicious with the DMZ+ configuration. Remember, per AT&T the firewall on the Pace is totally bypassed when configured in DMZ+ mode.

I know I am long winded, but wanted to give you some background that would explain the symptoms. I was at war with the AT&T fiber network. I would configure the Pace in different modes which would allow the traffic to be controlled by my EdgeRouter.

When researching the internet, I found a current update-to-date document which listed all ports that were reserved for AT&T. I can't find that document now, but it's somewhere on their website (there is an old outdated you can find using Google, but it doesn't contain everything). Lo and behold, there were ports in that range that were reserved by AT&T, blocked. Also, they are blocking NTP and ports that are used by IPSEC. I was furious.

Make no mistake about it. DMZ+ mode does not allow all traffic to pass through to your router. The Pace's firewall blocks ports & protocols because AT&T wants them blocked.

Here's what I did to get around it:

I configured the PACE's firewall in Passthrough mode and created two firewall rules that pretty much opened EVERYTHING the Pace would allow as follows:

Some of these ports are the ones reserved/blocked by AT&T. Ask me if I care.

When I told AT&T tech support what I did to fix the problem, they said (and I quote the rep) "This isn't allowed by AT&T and I should remove the reserved ports immediately." HECK NO! In my opinion, they should have disclosed this prior to changing ISPs AND they shouldn't do this. It interferes with my ability to work (i.e. make money to pay for their service).

What I did worked and I don't have any problems with my IP phone. The only downside is that my router can't directly see the external IP that is assigned. Since I didn't want to purchase a static IP address from them, the IP address can change at any time.

I hope this helps someone who is having problems with IP phones, NTP, IPSEC, etc. It worked for me. DMZ+ mode is not everything they say it is. If they somehow restrict me from doing this, then I'll just bypass the Pace all together. Regardless of what AT&T says it's doable -- especially with an EdgeRouter.

Hello have you solved this issue yet? I’m having same problems on T-Mobile WiFi Calling. Whenever I make it call it doesn’t make the call and would take me to leave a voicemail when I wait long enough. If it does manage to call it takes 10+ seconds to have the call go through and have the other person of the line to receive the call. Also issue of one way audio. Tested this with two phones in same household/internet. I tried everything from DMZ+ and Firewall Rules and nothing still doesn’t work. 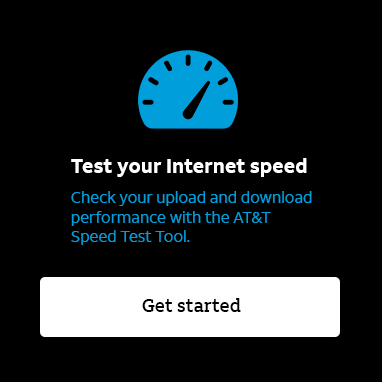