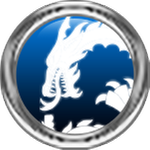 How long to fix a cut conduit to feed fiber?

Just checking to see if anyone else has had this issue.

I just moved into a newly built house and AT&T is the sole internet provider on my street. I had a technician at my house on August 3rd to install internet but he said he couldn't because the conduit to feed the fiber line to me house is clogged. This conduit apparently comes from the house next door to mine which is under construction so presumably, the construction crew must've cut it.
Anyways, I've spent hours talking to people, scheduling new appointments with phone support who do not understand the issue. I had another tech come to my house this past Friday, August 16th for a repair appointment that I scheduled on the phone. He was under the impression that I had service and was just having a problem because phone support doesn't understand the issue I'm having. The repair tech was nice but obviously he couldn't do anything since the line is still clogged. Finally, I got a phone call from the resolution center that the problem is estimated to be fixed by August 31st. That's a whole month of no service and the inability to do any work from home. Every time I talk to someone on the phone they have zero knowledge, they just try and schedule me an install appointment which either gets put on hold because they know they can't install anything or a tech comes and sees the problem and can't do anything. I am amazed at the lack of communication and help with this and am honestly questioning if it will ever get resolved.

In the same situation. Supposedly damaged conduit in brand new neighborhood. Does anyone know the name of the department that fixes damaged conduit (or drills new run underground)? It appears to not be the "buried line" department. They only seem to be involved with buring a line that is above ground and runs from the fixture in the yard up to the house. The conduit that needs fixing is from the ATT 'terminal' a few houses away to the fixture in my front yard.

Thank you so much for the information. We are in Austin, TX. So no freezing issues. The neighborhood is 2 years old. There is a conduit (2 in diametrer) black plastic flexible pipe. No fiber has been run so not a splice issur"e. The tech tried to run fiber but supposedly the conduit is clogged or cut. It runs from my front yard to a terminal (correct term?) two houses away. The tech said the conduit to another house two houses from the termial in the other direction is also blocked. Its crazy that either the conduit is too fragile or the people building the houses are so careless that brand new conduit is rendered unusable and separate boring is needed. Its Nuts!

Is ATT construction contactable to get some estimate?

Really hard to go without internet access (other than cellular). May have to go with cable (Comcast).