We Still Have Great Cyber Week Deals: Check out our $5 and under smartphone deals!
The best prices for our Military families
Learn more
Get superfast AT&T Fiber internet
Check availability 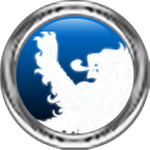 I transferred my service over to AT&T in February/March 2019, primarily due to the promotion being offered at that time:  a free Apple TV 4k.  To get this promotion, I signed up for the fiber internet 1000 package with a year-long contract and was very careful to enter the promotion code "GET4KTV" into the proper box when checking out.  Some time goes by and, while I continue to have technical difficulties with my internet, I also never received the Apple TV 4K.  Instead I received some $50 gift card which I have refused to use and have attempted to contact AT&T multiple times to return or credit them for so that I may get the Apple TV 4k that they agreed to send me as part of their promotion.  Most recently, I spent approximately 3 hours on the phone with multiple departments.  It was not what I would call a wonderful experience as AT&T reps accused me of making up this promotion, told me that AT&T never offered such a promotion, told me that that promotion did not apply to me, told me that the Apple TV 4Ks were randomly selected and I was simply not selected, told me that I had chosen a $50 gift card, told me that I signed up in-store and this was online only, told me that this was an in-store promotion and I signed up online, etc...  The rewards department even told me that there was nothing they could/would do so it was not worth calling them again.  Instead, I was instructed to call other departments and inform them that the rewards department had refused to help me. Finally, I talked to an individual in the tech department and was informed that the Apple TV 4k promotion was indeed identified internally but that AT&T had had a disclaimer present when I checked out stating that they reserved the right to alter my promotional reward or substitute a different reward.  I am not kidding, AT&T actually informed me that they had a disclaimer that allowed them to simply not honor a promotion that locked me into a one-year contract.

I guess my question at this point is, do I have any recourse?  Because, right now, it appears that I can file complaints about AT&T's business practices but that I'm trapped in this year-long contract I signed under [apparently] false pretenses.  If AT&T does not honor the promotion I signed up for or release me from my one-year contract, I suppose that my only recourse is to switch service providers at the earliest possible time I can; which, if necessary, I will gladly do so and, if it comes to that, will never use AT&T or any of its subsidiaries for TV, internet, wireless phone, etc... in the future.