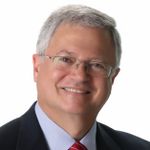 Once again AT&T has pushed out an update that basically killed the functionality of the system.  The has impacted both the IOS App on iPhones AND the Internet login as well.  When leaving on my normal walk I went to the IOS app to arm my system.  Normally this works but today, not so much.  After trying over and over again I went to the Internet login and had the same problem.  System would not arm and locks would not provide accurate data.  I made the mistake of calling Customer Frustration, I mean customer support and was immediately told to reinstall the app on my phone.  When I told the person I not only tried on the app but also the Internet, she finally admitted that they were having technical problems.  Her solution?  Go home and arm the system.
I cannot for the life me understand why AT&T cannot get updates done without all the drama.  Just tired of dealing with all the lack of concern and poor service on this product.

my cameras do not show video until 10 days after they were recorded..

What a joke! We could not disarm the system from either of our phones! Finally my husbands came up and I STILL CANNOT GET MINE BACK UP! It says "We are unable to authenticate you at this time"!!! However...it AUTHENTICATED me on the computer. I WILL NEVER RECOMMEND THIS SYSTEM TO ANYONE EVER AGAIN!!