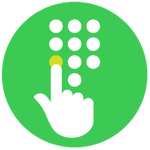 iPhone 7+ can only send or receive calls via bluetooth

I have an iPhone 7+ it is apx 26 months old and as of this last update I can no longer send or receive calls unless on Bluetooth. The call will go through but will be deadair on both ends. Furthermore the speaker button on the screen is grayed out. I also can not make voice recordings or sound recording on video. I can however hear my games, video, YouTube just fine.

I have followed all the steps to resetting my phone short of a factory reset which I believe will not fix the issue. I believe it’s software issue as it started working again after my phone died from lack of charge. Unfortunately replicating this after a repeat failure did not fix it this time. Lastly, it take an inordinary amount of time for the phone to reboot after being powered off.

Several others have had this same problem and it seems to affect iPhone 7/7+ owners only.

I contacted Apple and they said that there is no known issues but  numerous forum posts of others contacting Apple say otherwise and that it really depended on who you spoke to. I am not near an Apple store so I can’t talk to one of their representatives face to face