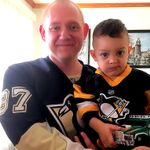 How to unlock an Iphone

How can I get my iPhone unlocked?

How long does this process take?

What are the requirements?

These and other related questions will be answered in this thread. If you have any additional questions, please feel free to post them here and the Community will be happy to help!


I purchased a phone on sale from a retail store. What store?

that used to be partnered with ATT.  Partnered?  Or an authorized retailer?

I bought the phone outright, paid for in full.  What phone?  What sale?  Phones discounted for prepaid are subject to prepaid unlock requirements.  Phones sold for postpaid still have minimum requirements for unlocking.

I have submitted and cofirmed my unlock request twice on the website and have received an email after about 24-48 hours stating that ATT canceled my request.   Canceled why?  Does it say you didn’t confirm?

I have called and chatted with support and everyone claims they cannot help me.

This is illegal!   No, it’s not.  There is no legal requirement to unlock phones.  Unfortunately there is no requirement that AT&T unlock portal work perfectly either.  Failed confirmation seems to be a common complaint.

Doesn’t sound like a refusal, sounds more like the typical portal foul up.  I haven’t unlocked a device in a long time, so I don’t  know if there is anything new about verifying the link sent to your email.

I recently bought an iphone X from ebay (supposedly unlocked because I'm not from USA) but it turns out that is locked to AT&T.

I've spoken with the seller, he apologized because (everything according to him) he bought it from apple as unlocked, used for a while with at&t and then sell it.

He was very kind and helpful (I have all the conversations) and opened a request for unlock, because he says that is a mistake, he's been a customer for 20 years, has several lines, etc. +

So, he sent me the screenshots of the request (including a case number which I have), then after 48 hs he told me that he has no results and talk again with at&t and sent this message:

Sorry for the delay as I spent over an hour on the phone with AT&T yesterday before the call was dropped and just finished again with their phone support. After 90 minutes of speaking to 2 supervisors and management, they still cannot figure out why the phone is showing locked to AT&T and under contract. They went through my entire account for my 5 lines in the last 19 years and were able to verify there has never been a phone on any installment plan or contract ever.
They also searched their entire systems and do not see this IMEI tied to any contract at any time. They went to their back office support team and opened an escalated case for the unlock. They confirmed there is no reason it should be locked into their network. They assured me I will receive a response to this escalated claim within 24-48 hours. I appreciate your patience. We have had At&T service for almost 20 years and iPhones since 2007/08. This is the first time we have ever had an issue like this.

I do really want to keep the phone because is in excellent conditions, I also tried to speak by myself with chat support with no results.

Hope someone from at&t could give me a hand. (I have case number and imei)

I bought a phone from someone off Facebook market, they said the phone was unlocked and I trusted that. When I received the phone it turned out that it was locked to AT&T and I am all the way in South Africa. I cannot get ahold of the person anymore as they have blocked me from every platform. Is there an alternative solution to this problem?

You can put in your own unlock request as a non customer but if the seller is blocking you, that probably means it does not qualify to be unlocked. Otherwise, return it if possible. https://www.att.com/deviceunlock/?#/

Good morning, I need to contact a representative of that company or someone who can help me, since they have WRONGLY BLOCKED FOR A COMPLAINT OF THEFT, that is, they have passed it to NEGATIVE BAND to my iPhone 7 Plus 128g phone made purchase on 9/6/2017 at the Ishop Mixup Quinta Alegría shopping mall 5a. Avenida Playa del Carmen MEXICO. TO MORE ABUNDATION I WILL SEND THE INFORMATION NECESSARY TO the eMAIL that you have, so that you corroborate that I am the legitimate and sole user of the same, buyer of GOOD FAITH, in an official IPHONE location, that there was never any inconvenience or complaint about it. My IMEI number has been reported for theft or loss by your company, surely there was some loading error, but since 9/8/2019 it is in NEGATIVE BLOCK BLOCKED UNFAIRLY. THEREFORE, I REQUEST THAT TO THE BREVITY, AND THAT THIS GENERATES TO ME A VERY BIG ECONOMIC AND PERSONAL DAMAGE, I UNLOCK MY TERMINAL OF THE INTERNATIONAL BASE PROPERLY SUCH. I AM WAITING FOR A SOON AND FAVORABLE ANSWER AND GREETING GREATLY. I NEED AND ASK FOR YOUR HELP AND SOLUTION. THANK YOU EVERYTHING HEART WILL BE

Proving you bought the phone only proves you bought it, not that it wasn't stolen. If the phone has been reported stolen, then only the person who reported it can remove it from the blacklist. AT&T can't and won't help you take it off. Get a refund.

Well, what I inform you is that I am the only user of my phone. There was never another phone user other than my person. They all conclude that there was a loading error in the IMEI, and I had the bad luck of blocking my telephone terminal. HOW IT APPEARED WAS A HUMAN ERROR, I need the complainant company to correct this error, since it is their responsibility and it is their responsibility. It should be noted that my IPHONE device is FREE OF SERVICE PROVIDING COMPANIES.

You have used some terms that make no sense/incorrect.

Your phone has been blacklisted.   I gather you are the original purchaser.

To remove your phone from the blacklist if it was added in error, you need proof of purchase.  The store where you bought it should have that information.

I appreciate your response, know to understand that I contact from the other side of the world, Argentina. I have the respective purchase ticket, original invoices, visa card summary, where you can see all the information required by the company. sorry for my English, and know how to understand my situation that is not at all beautiful. I was a buyer in good faith 2 years ago. and all legal. I am also grateful for your answers, and if you can give me a hand or email to contact someone to help me, I would be indebted to you. I would appreciate it even more.

The only suggestion I can think of is file an FCC complaint online. It’s free and someone will contact you.

Thank you! I don't know what the FCC is? WOULD YOU HAVE ANY LINK, OR CONTACT EMAIL TO MAKE A CLAIM? THANK YOU FOR YOUR  COMPRESSION

If everything you say is correct then you need to contact AT&T so they can investigate it. Call International Customer Service at +1.314.925.6925

Thanks for your post. We will be happy to help with your unlock requests. Its best if we continue in private. Please reply to the PM from ATTCares located in your Forums inbox to get started.

@ATTHelpForumsGood morning/afternoon, I'm desperately trying to unlock my iPhone 6s that has been paid off in full for several YEARS now.  I keep getting a message that the device is not paid off and that's simply incorrect.  The device MAY have been replaced via warranty several years ago and I've read that can sometimes cause the issue however there are absolutely zero reasons for me not to be able to unlock the device as I have fully met all terms required to unlock.  Been a loyal AT&T Premier/Business Mobile customer for 20 years now and am struggling to understand how this is such a difficult request to honor.  I've done my part, as always, now it's your turn to help a loyal customer out with a VERY simple request.

Thanks so very much and in advance for any and all assistance,

Name, account and device details will be provided once I am contacted by a formal/official AT&T Team Member.