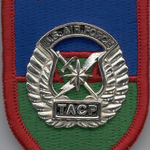 I got this error message when I tried to update my voicemail greeting.

Any idea how to fix it?

Did anyone figure out an anwer to this problem?  I am having it as well and am about to hard reset my phone.

I held the 1 button and was told my voicemail is locked. Anyone know how to unlock it?

I can't setup my voice mail to receive my messages. What can I do?

Ok sounds great - walk me through how holding 1 on the key pad has anything to do with setting a personalized voicemail greeting ? Holding 1 does go to voicemail, but it does not set a greeting. What am I missing ?

Ok sounds great - walk me through how holding 1 on the key pad has anything to do with setting a personalized voicemail greeting ? Holding 1 does go to voicemail, but it does not set a greeting. What am I missing ?

This is ridiculous. I own every Apple product on the planet, and own Apple shares as an investor.  This is a pain in the neck, and I'm surprised Apple has not fixed it.

OK, I THINK I GOT IT. I don't know why, but after driving me nuts and not accepting my Greeting nearly 50 times, this worked. AFTER RECORDING MY GREETING, INSTEAD OF JUST SAVING IT (AND GETTING THE ERROR MESSAGE) I HIT THE PLAY BUTTON AND LISTENED TO THE MESSAGE PLAY BACK. THEN I SAVED IT, AND IT WORKED. I then tried it the normal way, just saving it, and the same error message came up. I recorded again, played it back before saving it, and it worked again. This is clearly a major screw-up, and I hope Apple fixes it soon so that it works properly.

So, i had the same issue on my handset for almost a year with my work iphone but i didnt care so much until my manager couldnt leave a vmail so i figured i would set it up. Firstly, i dialed 611 from the ATT handset. From the menus, i was able to ask for a password reset which it sent me a txt message on my handset with the new temp password. Secondly, i hung up and dialed back in pressing and holding the "1" key which dialed into Voicemail (Vmail) as if to dial-in and retrieve messages. This *should* give you the new mailbox setup wizard which i went through and setup a new password and used default greeting. After this, i was able to go to the voice mail app and setup the Visual Voicemail on this iPhone. BTW, i dont think it ever really asked me for that temp password but just having it reset was good enough.

I should mention that in my case, i had never setup my greeting or vmail prior so this might or might not work exactly as advertised but i believe the act of resetting your password will help out. I hope this helps someone looking for the same answer which brought me here. This worked for me but YMMV.

Since this is an AT&T forum (and not an Apple forum) I assume people viewing this have AT&T as a carrier.

I read some earlier replies on this thread to the ‘1035’ error. A few mentioned opening the keypad in the phone app and holding down the “1” button. I tried this. Upon holding the “1” button down for about 3 seconds, it dials the AT&T Voice Mail server system. Once in that system, you are presented with a voice menu system. This voice menu system is identical to the voice mail system I had at my former corporate job for setting up employer desk and cell phones. I was very familiar with this system over the years.

The AT&T Voice Menu system presents you with several account options.  Listen to your options. As of 12/28/2016:

(a) Press ‘4’ for Personal Options; then

(d) After finishing recording your greeting, the AT&T voice-based menu system allows you to review your new greeting (*), or to directly save it (#). After listening to my newly recorded greeting and satisfied with it, I pressed ‘#’ to save it.

Finally, I went back to my iPhone app. The new greeting recorded this morning was saved as recorded through the AT&T Voice menu.  The Custom greeting  option was now checked on the iPhone app screen interface.

Subsequently, I tried to record a newer greeting again through the Apple phone app interface — as a ‘just for grins’ test. I could not do so and it again tossed up the ’1035’ error message.  It defauted back to the Standard greeting.  I went back to AT&T's Voice Mail system to re-record a personal greeting and ensure it was not sending out the Standard greeting after my test.

From my experience, the only way I was able to record a personalized greeting was via the AT&T Voice Menu system.

I've used Apple hardware and software since 1998, precisely because of Apple's care with design and emphasis on ease of use.  My two earlier iPhones (with AT&T as a carrier) recorded Custom greetings directly from the iPhone interface app with no issues.  This, to me, represents a step backwards.  I don't know if this is a new AT&T or Apple policy or I have a setting on the phone turned on or off that creates this issue.  But this method appears to have worked for me.

Before reseting and jumping through the hoops, I had a new phone and ATT needs to pair the voicemail

and that is done by pressing the 1 key until recognized by the server. It will ask for your voicemail password

(set up in settings) and the message can then be saved.

I have an iphone 7plus. I switched to Go Phone. After going to visual voicemail I got the message "No voicemail". Prior to switching to Go Phone, everything worked perfectly. I tried to set up a voicemail outgoing message and got this error. I used the suggestions above about restarting the phone, turning off wifi, and resetting the network. They didn't work. I called AT&T support and nothing they suggested worked. The AT&T rep called and left me a voicemail. I still couldn't access it through visual voicemail. So i called my voicemail to see if I could access it that way (with wifi off). After that I went back to visual voicemail and all of a sudden the message showed up. I tried to save a personalized greeting and got the error message. Tried to save it again and it took 3 tries before it finally worked.

I finaly got this to work after many attemps.  I needed to have WIFI turned off and when I got the phone not connected to my M Cell by moving away from the Mcell I did not get the 1035 error and got the greeting to work.

This solved the problem for me with 2 phones. I have a 6plus just got another 6Splus and was signed into the same icloud account on both phones. I wasn't willing to to a full reboot as in previous answers, so I signed out of icloud drive on both phones. Went to voicemail, recorded a greeting and voila, it took! Tested by calling, both voicemails worked, so signed back into icloud on both phones to test, and again working fine. Maybe if you only have one phone try signing out of icloud drive then recording. Hope this works for you!