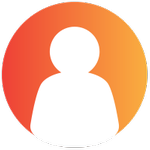 I recently left Verizon and converted to the AT&T network. I brought four Verizon unlocked Samsung phones with me. The two Samsung Galaxy S9 Plus phones are working fine, but both of the Samsung Galaxy S7 phones have a problem with incoming calls. Those two phones (or the network, or the SIM card) adds a plus sign (+) in front of the incoming phone number....., (NOT "+1", just the "+"). Then when I try to call that number from by "Recent" list, the number has the plus sign, followed by an area code and number (+903 xxx-xxxx). That is an incorrectly formatted phone number and the call does not go through properly..., in fact it gets routed to +1 617 963 yyyy, and a message shows up briefly at the bottom of the screen that says "Number changed by SIM".

I have tried turning off Assisted Dialing. No change. I have seen others with this problem who used an Android app called Prefixer to successfully strip the + sign from incoming calls. Unfortunately, Prefixer is no longer available from the Google Play Store. I am at my wits end! Does anyone have a reliable source for Prefixer...., or another solution that I can try????  Does AT&T have a remedy for this issue??? Thanks in advance for any help you can offer!

Verizon jacked up the system on that phone.  Either replace the phones or flash them to att firmware

Thanks for your reply and recommendations, GLIMMERMAN76.

I will seriously consider both of those options..., but I am still holding out hope that I can fix the errant "+" sign with the prefixer app or some other strategy. It's looking grim so far though.  😞

Well, here is an update on our 2 Samsung GS 7 that we moved from Verizon to the AT&T Network (actually Consumer Cellular, using AT&T network).

I found what appeared to be a trustworthy copy of Prefixer 1.5.5 and l loaded it onto each phone. I created a rule that stripped the plus sign (+) from all outgoing calls. That seems to have resolved the problem with the SIM changing the outgoing call numbers.

I also found an app that will disable the Verizon "Setup Wizard" that was continually nagging that the SIM card was not from Verizon Wireless. That nagging notification no longer appears.

So far we have not found any negative consequences..., so the phones seem to be fully functional on the AT&T Network.