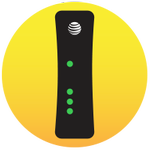 To save storage on my Samsung Galaxy Tab E and my J7 phone, I have tried moving the apps to a micro sd card. The problem is that, over time, they migrate back to internal storage. How can I run the apps from the sd card?

As I remember, the "migration" back to internal memory happens when an app is updated. It is a hassle and the gain is not much and very few apps can be moved. The real solution is to get a phone that has adequate internal memory.

Thank you for the reply. Unfortunately, not all AT&T customers can afford
the phones, tablets, etc., that have greater speed, greater storage and
other bells and whistles - so your solution is pretty much a non-solution
for me. Thanks for the assist.

The android OS itself does not really allow for apps to run from the SD card, and hasn't for several versions now.

You can try to "move" it, but the system keeps ties back to the original installation location, so it's not really moved.  Some apps allow for some of the data to be stored on the SD card, and some games have the option to store the usually very large OBB file on the card, but the executable part of the app itself will never actually be there.

If your phone wasn't a Samsung phone, you could format the SD card as adoptable storage - basically blending the SD card with internal memory and giving the total of the two for all app, file, and document storage.  But, it's a Samsung, and they have blocked the ability to use adoptable storage in all of their devices.

Rumors ran early last year that Samsung may add the ability in the Pie update, but it did not happen.

Do you have photos going to the SD card? You can set the camera to save there.