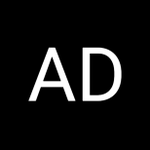 I bought my Moto G4 Plus last December for $300 unlocked from Lenovo. It has 4GB RAM and 64gb storage with an 8 core processor. It's currently running Android 7.0.

Pros:
Great Camera
Fast performance
Lots of storage
5.5 inch display is good but not as vivid as some.
Turbocharged quick charging
Battery life

Cons:
Phone won't turn screen off while idle sometimes. (Rare)
Cheap build quality
Back panel flys off if dropped
Ghost images after the phone has been on awhile.
Drops a signal if the phone gets hot. (Rare)

The deal breaker for me is the display ghosting. While using the phone, you can see previous screen elements in the background such as nav and tool bars. It's a known issue that Lenovo won't address for everyone. The flimsy build quality is very apparent. The phone flexes and creaks when handled. The overall performance is great with the 4GB of RAM.

Another downside is that att wont let you enable volte on non att branded phones.

Yeah Lenovo is only going to update the g series 1 os update from now on period.

And they are also slow to release security updates.

At first they promised two OS updates...then backtracked claiming the press releases were a mistake. Then they cave to complaints and said that this one time, they will do a second update. They also mentioned the update will come late because the didn't plan on the update when they designed the G4 series. I think they killed a promised update on the Moto X Pure as well.
Next time I will get a mid-level phone instead of a budget phone.