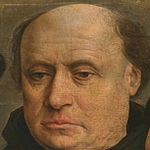 LG V20 Speakers Blown After Only One Week? Please Advise.

I'm really loving my new LG V20. It has great features, an awesome screen, a good design, a metal case, and even amazing audio recording. My one problem with it is that the speakers are now completely useless. Any sound that plays through the speakers comes out as a garbled mess of incoherent buzzing noises. After a few google searches, I've found that this isn't an uncommon problem. Some users have claimed that they spoke with LG support and LG denied any malfunction of the phone, while others (most notably a Sprint user) have claimed that their phones recieved recent updates to fix a software issue that is apparently the cause of this 'blown speaker' issue.

What I would like to know is, is an update coming for AT&T V20 users that will fix this issue? Or do I need to take my phone back and swear off of LG phones until they get their act together?

Thank you for reaching out to us on the AT&T Community Forums, and I would love to help get this issue resolved for you!

I’m glad you are enjoying your new LG V20, and I am sorry you are having these speaker issues. You have 14 days from the initial time you purchased this phone to return it for a fully functioning device. You will need to return the phone to the point of purchase to take advantage of the 14 Day Buyer’s Remorse Period.

I hope this information helps!