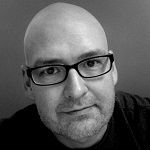 I picked up my Optimus G on Thursday and while the hardware is undeniably beautiful, the battery life has been absolutely terrible.

I've had numerous Android devices over the last several years but this is the first time I've had one that couldn't make it more than about 12 hours on a single charge.  I've even gone so far as to do a factory reset and then NOT install any additional software to ensure that the problem isn't the result of a rogue application.

Ordinarily, the screen is the biggest consumer of battery life on an Android device but when I look at the Battery Use Details screen on the Optimus G, it shows that "Android OS" is responsible for 80% of the battery drain on my device.  This isn't normal for Android.  Several other people have reported similar issues in various internet forums as well.

Have any of you seen this on your new device?

I am experiencing exactly. The same issue. Battery drains 20% overnight even with wireless and WiFi off . Have to recharge at least twice a day. Will probably return the online, as the battery life is unacceptable.

Yea, battery life is not so good. Do you think Jelly Bean update will make it better?

Update.  I took my phone back to Best Buy and swapped it out for another Optimus G.  Battery life is much better.  Drain during the night is around 5-10 percent with wifi on - not great, but better than 20.  Can go about 20 hours with mild use.  If you are having battery issues, and still within the exchange period, I recommend swapping it out.

Have any of you guys tried using the Eco mode which helps extend the battery life by turning off the quad core control. Seems to do better for me

I had issues with my LG Optimus G when I first got it.  The battery would only last just under 6 hours... with no usage.  I thought it was a bad battery at first, but checking the battery usage showed that processor never went to sleep.  The fix I used is documented in the XDA forums if you search Google for  "Optimus G Fast Dormancy Toggle".  After using the app supplied there to toggle a database entry and rebooting the phone, I'm now getting 60+ hours of standby and going a full 24+ hours with light to medium usage.  This fix only works if you're on HSPA+ networks and not full blown LTE.

The market app 'Juice Defender Ultimate" acutally solved the issue for me.  Cost $5 though.

The battery life of optimus g is ok for me, i have a e975 model though i know at&t model is e970 but the battery of all variants are the same. My battery lost 3-5% overnight without connecting to wifi. If fully charged, i can have around 6hours plus continuos web browsing using wifi and 3.5 to 4hours if using mobile network. Btw, i always turned on the eco mode, only turn off when i play hd game, even when i turned off the eco mode my battery can last around 3 hours plus with non stop gaming and with wifi on.