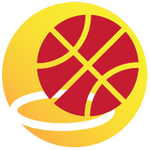 Forcing use of other brands when using my Xiaomi Mi10T

I'm having a really bad and surprising experience using my AT&T Prepaid service. Out of nowhere and while my account is up-to-date billing wise, AT&T decided to disable my outgoing calls to force me to update my device's IMEI. Perhaps sending a text of this particular stage, indicating the outgoing calls were going to be disabled would have helped!

I own a Xiaomi Mi10T. Does this mean I will not be able to use the LTE bands even though in the last 6 months I had the LTE indicator (and data) working just fine?

Out of nowhere?  Are you living under a rock?

The LTE indicator means you had LTE data access.  It does not mean that your calls were using VoLTE, which is a requirement for continuing to use the phone on AT&T.

AT&T announced over a year ago that they would be shutting down their 3G service. Going forward all customers must have a compatible handset that supports Voice over LTE (VoLTE). The shutdown is to be completed by Feb 2022, but has already started as it is not done all at once.

It appears your phone does not support VoLTE, only having LTE for data. As such you must get a new phone.

These phones will still work on our network after we phase out 3G in February 2022 (att.com)

I use Xiaomi Mi 9SE with family account(not prepared) and it stopped working since September 1st. (See my thread "My BYOP keeps suspending since Sep 1st". )

I did some research around including asking unlock cell phone sellers and my conclusion is att is step-wise suspending non-listed unlock phones. "step-wise" means some people still see no problems but some do.

A big unknown is that att do this only during 3G shutdown stage or keeps doing this forever.  Anyway this is not user-friendly approach.

Links to the lists of such phones are posted above.

Truth be told, AT&T has gone about this process in the most dysfunctional way possible.  (of course). I mean for gosh sakes this is a Communication Company.

Emails or text messages should have been sent out to customers well in advance of their phones being kicked off the network.  Each customer should have been given a deadline a year or more ahead of AT&T forcing their phone off of the network. The messages should have indicated the reason why their phone is not compatible anymore. Or better yet AT&T should just have asserted their right to only include unlocked phones that were certified as not harmful to their Network, and let customers know that your phone has not been certified as non-harmful and therefore will be excluded from the network by xxxdate in the future.

Then 30 days from when they plan to kick the phone off send out text messages.ie: "You now have only 30 days left to replace this phone because it has not been certified as non-harmful and must be removed from AT&T network. If you think this is a mistake, please contact AT&T or our community forum for an explanation and more information". Blah, blah...

AT&T first blunder was sending out an email last June or July implying people that they needed to upgrade their phones soon.  These emails were very poorly worded, and poorly received.

Then AT&T made their second Mistake by backpedaling on the statement and the email rather than just correcting the poor wording, providing a date in 2021 to replace the phone, and continuing to send emails out to customers.

Mistake number three, it's sending out free phones,  AT&T doesn't owe customers who haven't purchased a new phone from them in 2 years, 5 years, 10 years, a new phone.  I think it's pretty clear that these cheap or old phones they're sending out are only creating resentment, they are not appreciated.

If they had planned far enough in advance, there would have been no need to cut people off the way they are doing , mistake  number 4.   Giving people a very short amount of time to acquire a new phone is extremely inconvenient.

I don't know about anyone else but I spend weeks figuring out what phone I want to use next. I do a lot of comparison shopping looking at specs and considering the options and upside and downside of every phone I might choose. Obviously this is only for Android people, iPhone people don't understand any of this.

So for all of you that are posting your frustration, I get it, AT&T is done you dirty. But this is the facts, it is the truth, and if you are using a phone that was not made to work in the United States, it is highly unlikely it will be allowed on AT&T or Verizon.

Huawei, Xiaomi, Redmi, OPPO, and other International, Global or non US versions of OnePlus phones, Samsung phones, can't be activated on AT&T or Verizon.

I mean for gosh sakes this is a Communication Company

I see no evidence of that whatsoever.  Oh, wait, that is their product line, right?

Thanks everyone for your feedback. I have no problem with any AT&T decision, my problem is with cutting people's outgoing calls with no warning when the account is current and I'm at the beginning of my monthly plan. A text would have sufficed. And I can't run off buying a cellphone in desperation when I'm in the field. Time for me to search for a new provider, amigos!

AT&T is the first up to bat with shut down prep.   Verizon delayed, t-mo is watching to see how it goes.   You may repeat this if your phone isn't VoLTE capable on your next carrier.   It won't be Verizon, so good luck with magenta...

A big unknown is that att do this only during 3G shutdown stage or keeps doing this forever.  Anyway this is not user-friendly approach.

Unless At&t reverses itself, and goes all T-Mobile-like, allowing a generic VoLTE, this is a permanent state of things.

For the last 5 years since VoLTE came into being, these brands didn't get VoLTE on AT&T, so they don't now, and they can't fall back to 3g/4g anymore.

I wonder what happens when the world starts traveling again?   People roaming or trying to use local sim card won't be able to use AT&T anymore.

AT&T is nothing if not short sighted.  It's these repeated incidents of poor planning and execution that drove me to big red.

FYI, you might want to change phones, or not put anything of value on yours...

This is what At&t considers "harmful".  Huawei was banned for this reason, only the 2 At&t sold will be allowed on the network.  Any phone that is allowing data leaks, allows access to your data, and AT&T is at risk as well.

As much as I hate the way At&t has done this, they have every right and reason to exclude certain phones.

California sb822 won't hold up against this kind of information/testing.

FYI, it doesn't matter what phone you have, you're always going to be spied on, Govs, hackers, etc. Everyone knows Chinese spy apparatus it's big, but you think USA, NSA is not? lol delusional americans... I rather have one of if not the best phones on the planet (xioami's) for $300, add a custom Rom and disable/remove those apps installed by default from xiaomi, than paying $3k for an underrated Iphone having your so called "end-to-end encryption data/messages" which are essentially not your keys BTW, the keys belong to Apple and they have your keys to unlock your so called end-to-end encryption...

@robaesteras  there are no $3k iPhones.

I'm an Android person.  I do everything on my mobile.   No way I'm doing it on a sketchy device.

I was exaggerating, there's no 3k iPhone, no (Edited per community guidelines) sherlock, but wait a couple of years and they'll cost that or more.

Yeah, I've read the article and you read my post! there's a couple of xiaomi's apps installed by default that sends data to Xiaomi.

And that's easily avoidable by just reading my post.

Sketchy device lol.... Americans... (Edited per community guidelines) and marketing really play a huge role in people's minds. I have bad news for you pal, that sketchy device is made exactly where all other devices are made inlcuding your beloved android, The company and China might be sketchy but so is USA, att and Apple..

We understand the need to bring your own device @robaesteras!

However, we do recommend using an unlocked device that is compatible on our Network for all services and features to work. Learn more about 3G Sunset on the article provided and why made a switch to 4G/5G Network to make room for an even better network which will improve your experience. Affected customers received an email or text message regarding 3G sunset as ACE member stated. Lastly, here are the Devices That Will Still Work On Our Network after 3G sunset.

We hope this was helpful! Thank you for reaching out to the community!