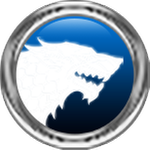 I've experienced for several months now intrusive 'entire device' pop-up ads on my Android LG V35 Thin Q device. These pop-ups will appear over the device, regardless of what is occurring on the phone (e.g., navigating, in the middle of a text, in the middle of a call, browsing social media, etc.). The ads seem to be triggered by the amount of time the device screen is unlocked and activity is occurring on the device.

I've done research and most solutions point to either downloading an app that sweeps the device looking for apps that are the source of pop-ups OR assumes this is a browser pop-up issue (i.e., chrome).

One site suggested I 'reformat phone' (which sounds like a factory reset), which is something I definitely don't want to do.

Thanks for any and all suggestions!

I've also updated device settings (as much as I know) to prevent add pop-ups within Chrome (although chrome isn't where these occur).

Of note: device is unlocked and has been used overseas with a foreign carrier (Sweden), and I believe ads started around this time, but I can't confirm. There aren't many unique ads, so I'm seeing the sames ones (probably 5 or so) over and over, all domestic U.S. ads.

If anyone has any suggestions on device settings, other fail-safe app sweepers or the like, I would appreciate it.

Thank you for reaching out to us for assistance!

This seems to be the cause of an app that has permission to alter your settings. Android devices have several on-device features to help keep the device and its user safe:

You can find more security apps on Google Play. We also recommend that you try to Force Stop/Clear App Cache.

Thanks so much; on my Android version, I don't see an 'unknown sources'
option - have looked for the equivalent. In the meantime, I've disabled
some notification settings for many apps, but not sure where to find
'unknown sources' in the settings (I searched as well).