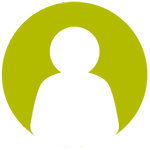 Buying a phone with a different sized sim card and swapping the sim effect a contract?

So I have an old Galaxy S 3, Just about obsolete and it's getting to the point where the phone take 5 minutes to load things that my Wife's Tracphone loads in a couple of seconds. So while I would love one of latest big awesome phones, I don't feel like shelling out an entire paycheck to buy one outright and I am still on my parent's phone plan while we get our feet under us. So to make due i wanted to buy an at&t prepaid phone and swap my sim card into it. One issue, I have a Micro sim card, Most the phones now use a Nano sim card.

So I know to get a new sim card at the nano size I would need either one of my parents with me, need to be added as and authorized user, or need their pin code. I also know there is a charge for the new sim. That said, my parents are on a old contract and don't want to renew it which with their contract it's one that if they use the available upgrade it will renew the contract for 2 years.

My exact question is if I get a new nano sim to use in a prepaid phone would it make any changes to, or, renew the contract that my parents have?

Att charges $5 plus tax for a replacement SIM card.  They transfer your number and account to the new sim.  You would need account and PIN and be an authorized user to do this yourself in an ATT store. (Check ✔️)

You can purchase any ATT or unlocked compatible phone (Best Buy has nice unlocked phones).

There are no contracts anymore.  Att hasn’t used contracts in almost 3 years.  Any old plan may be kept and a new SIM card has no effect on plan.

Just read your post again, not sure if just blind or if it was updated. but thank you for the awesome reply