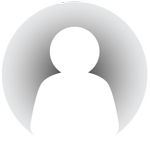 I stayed with AT&T for so long because I liked the Family Map technology, where locating the phone was not based on an app installed on the target phone itself reporting the location to a server, but based on triangulation from cell towers. While not as precise as GPS location, triangulation is virtually impossible to block by a smart teenager. There is also no extra battery drain on the target phone, like it is with apps that query the GPS sensor all the time.

I believe that some manager at AT&T decided that allowing triangulation is taxing the towers too much, and was maybe interfering with other services, or with other agencies. This is why the decision was made to switch over to a GPS based locator, and to add other bells and whistles to the service, to appease the marketing guys.  In doing this though AT&T lost its competitive edge. There are other apps out there doing a much better job at locating using the GPS sensor (Family Locator comes to mind first, for android).

My understanding was that if the companion app was not installed on the target phone, the service would default to triangulation. However, I could not get that to work.

I'd like to continue to be an AT&T customer, so I am hoping to be able to get the same level of service that Family Map use to provide. Thank you.

you wont all us carriers have switched to the model of Main app and then companion app on the other phone.  ATT was the last to switch.

Glimmerman76, that's too bad; I liked AT@T,  even though they are expensive, but now I will consider switching.


Glimmerman76, that's too bad; I liked AT@T,  even though they are expensive, but now I will consider switching.

Don't take this the wrong way but your not getting the features you want on another carrier either.