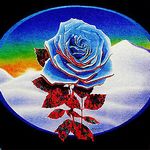 While wi-if calling is ok, it's still not reliable where I live. Without my micro cell tower I have absolutely no service at home at all. I'm hoping they do stop supporting and providing them that they boost their current towers in my area or put up more. Switching to another carrier is t an option for me either because they don't have service in my area either.

WiFi-C is also dependent on the quality of your WiFi signal and is subject to same issues that WiFi in general is.

I doubt very seriously if AT&T is going to put up more towers or increase the signal propagation (that requires FCC approval) just because the MicroCell is at EOL.

If your WiFi Calling is unreliable as you say, then I would offer that your WiFi router is insufficient to cover your home or your ISP service is compromised somehow.  From what you posted, I gather that you are in a rural area with limited internet access options.  Who is your ISP?  What kind of service is it?  Cable, DSL, wireless, satellite?  What is your subscribed bandwidth...ie.  Download and Upload speeds?

Without additional information about your network hardware and ISP, it's hard to determine what your issue is with WiFi-C.  What do you mean by "unreliable" anyway?  Please describe what specifically is happening when you are using WiFi-C.

My ISP is Century link, and have their broadband internet package with sppeds up tp 25 mps. I say its unreliable, because we it often lags or goes out completely.
Without my tower I have zero service at my house. Since most people communicate with me through text instead of calling, it is a serious problem.

Both the Mcell and WiFi-Calling require a reliable internet connection in order to work properly.  While your subscribed bandwidth should be adequate for either to operate, it's the quality of your internet connection that appears to be the problem based on your limited information.  Latency (lag), packet loss, packet delay and jitter are all internet metrics that can negatively affect VOIP quality.

It would be helpful to us if you would run the VOIP test outlined in Otto's Tech Guide and post the results here.  I suspect we will see excessive jitter and packet loss since the symptoms you described are an indicator of a poor internet connection.  If that is the case, then you will have to confront Century Link and see if there is anything they can do about it.  Unfortunately, most of the time an ISP will simply claim that the problem isn't theirs and blame AT&T.  If Century Link is your only option for internet service, then I don't know what else you can do.

The only other solution that doesn't require the internet would be a cell signal booster.  These systems have a receiving/transmitting module that you place in a location in your house that gets at least one bar of signal strength.  Some even have a high-gain antenna you mount on the outside of your home to improve reception and transmission.  A second module is centrally located in your house to provide a connection for your phones.  The second module relays the cell phone signal to the rec/tx module, which then amplifies the signal and communicates with the nearest cell tower.  Cel-Fi and weboost make decent boosters but they are expensive and if you get zero bars in your home then even they may not help you.