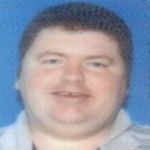 Re: Is U-verse Going Away

OK well if AT&T employees are posting internal information on dslreports.com, then they obviously know something that you don't since they work for AT&T. So, are you going to discredit or question what an AT&T employee post? If so, then don't plan on keeping your AT&T service for very long. Comcast Xfinity employees do the same thing on dslreports.com. If you were to read some of the postings on Xfinity's help forums by their forum experts that have a similar ranking to yours, you would see that many of their experts swear up and down by dslreports.com

If I were you, I'd take another look at how DIRECTV does OnDemand.  Their satellites don't have the bandwidth to do separate unicast streams for all of their OnDemand deliveries. If it worked the way you think, why do you think "a minimum connection speed of 750Kbps (DSL or cable modem) is required. 2Mbps or higher is recommended." (source).

They do Pay Per View via satellite, but that's a totally different animal.

Were you taught in school to end a sentence with a preposition?  Citing sources, I get, but I don't follow "that's the main reason why I post in bold."  Posting everything in bold tends to minimize the effectiveness of actually using bold for emphasis, which is normally what it's for (source).

I was taught to write English grammar and term papers in college based on the principals of Hodges’ Harbrace College Handbook, originally written by the late University of Tennessee English professor John C. Hodges and not on by someone with the name Butterick who writes from a typography sense based on a visual arts degree and not from an English degree. Visual arts is fine if you're doing painting, sculpting, graphics, or design. But for communications, like this forum, proper English is more important than art. I might add that the main library on the campus of The University of Tennessee is also named after John C. Hodges. Hodgers’ Harbrace College Handbook is the main reference source that many English professors at most colleges require their students to have.

By the way, thank you for asking about my educational background and my experience. I don’t mind sharing this information with you, however, by doing so it could throw us off topic here as to the question that the original poster was asking on here, which as you should know is discouraged in forums. So if you have any further questions about this, please PM me instead.